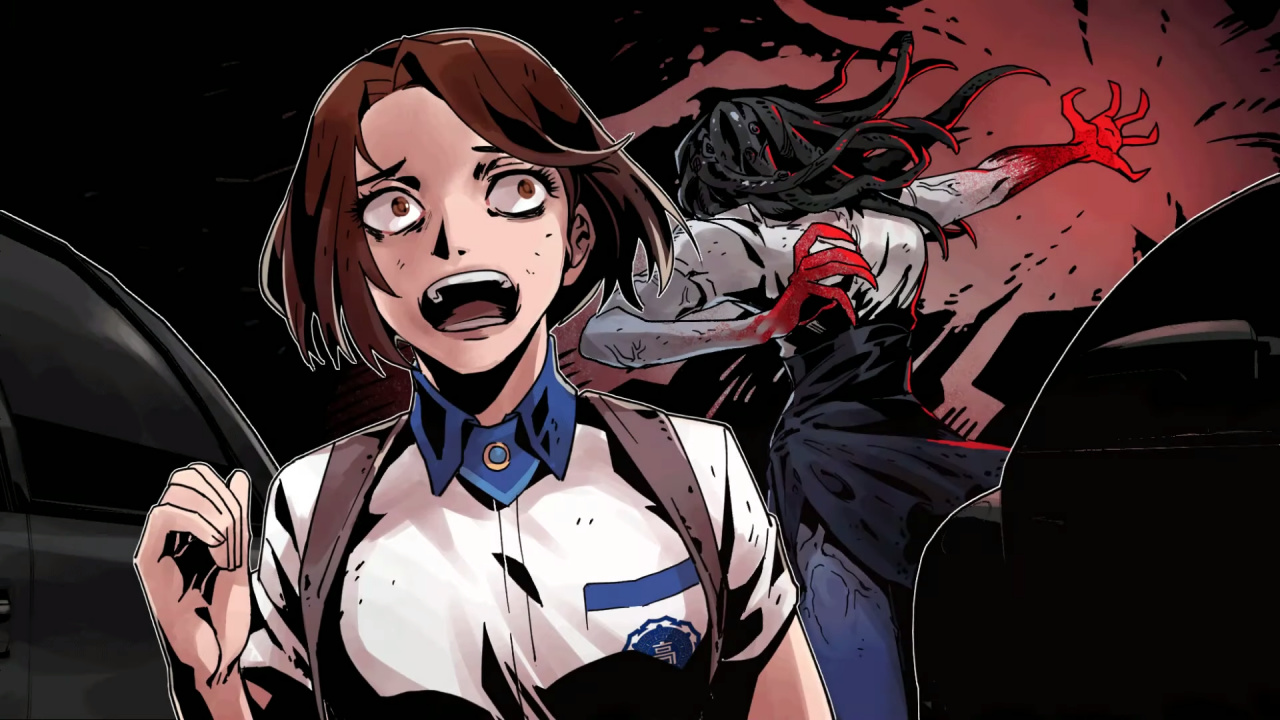 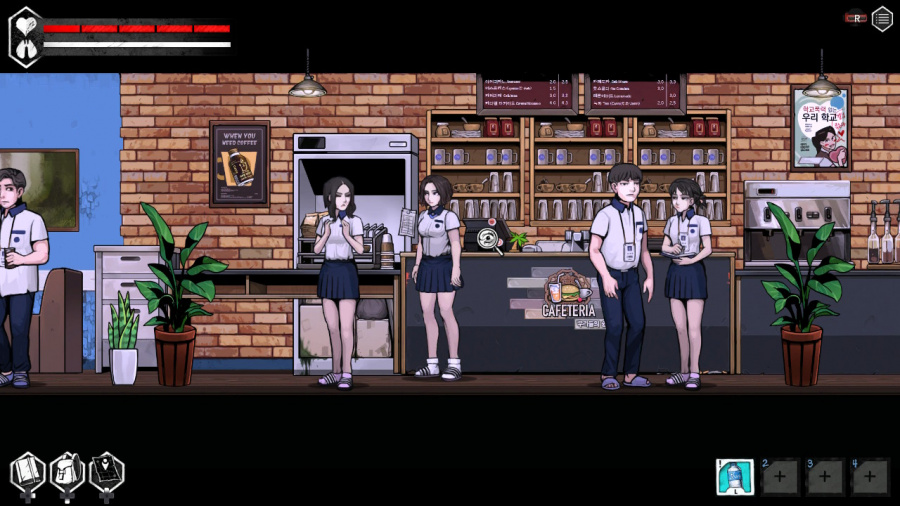 An interesting way to compare and contrast popular media from around the world is to look at how different cultures handle horror, because there are distinct trends that can be observed. American horror, for example, often has a focus on spectacle through blood, gore and other attention-grabbing, shocking imagery, but beneath all that there is often a strong moral message or an acknowledgement of social issues. Japanese horror tends to delve into the darker side of the country’s traditional Shinto religion. And Korean horror, if The Coma 2: Vicious Sisters is a representative example, combines acknowledgement of the region’s troubled history with folk tales, elements of native shamanic religions and the effect that the growth of Christianity throughout the 20th century had on Korean spiritual life.

The Coma 2 is a follow-up to The Coma: Recut, but developer Devespresso has been quick to point out that a newcomer to the series can easily jump right in with this installment. Indeed, while the new game includes some of the same characters, settings and lore from the original, the story as a whole stands completely by itself thanks to new protagonist Mina Park and her quest to understand what happened to her best friend: the first game’s lead, Youngho. Vicious Sisters unfolds in a similar fashion to its predecessor: it’s a side-scrolling adventure game where your primary interaction with the world is through a context-sensitive action button. You’ll need to explore six different areas – a school, a police station, Seoul’s dokkaebi (or “goblin”) market, a subway station, a hospital and finally the school gymnasium.

However, since the opening of the game sees Mina finding herself inadvertently dragged into the titular “Coma” – actually a parallel spiritual world with connections to our own “Waking World” – each of these locales are twisted, horrifying versions of their real-world counterparts. They’re filled with waxwork figures of people in anguish, Lovecraftian tentacle-vines blocking off passageways and a selection of slobbering beasties of varying degrees of grotesqueness, all keen to relieve Mina of those pesky internal organs weighing her down.

The majority of your time will be spent exploring these environments in order to find useful objects and pieces of information to progress the story. There are also 60 optional notes to find over the course of the game, which flesh out the background lore considerably – and rather delightfully, the game offers a convincing in-universe explanation as to why there are so many Post-it notes adorning the walls which appear to record conversations verbatim. The survival horror aspect comes from two main sources: enemies that are in set locations around the various maps, which you’ll need to either find a way around or make use of the invincibility frames in Mina’s evasion move to pass by, and Dark Song, the main antagonist from the first Coma outing. Much as in the previous game, Mina has no weapons, so the best thing to do if you know Dark Song is out there – a fact you can determine by whether you can hear the clacking of her high heels on the ground – is to hide somewhere such as under a table or in a cupboard. Should Dark Song enter the same area you’re hiding in, you’ll have to complete a few quick-time events for Mina to successfully hold her breath and not be discovered; less secure hiding places make the button combinations required to remain concealed more complicated.

Dark Song and a couple of other pursuing enemies throughout the game are used fairly sparingly, so it feels significant every time they show up. Moreover, there are several points in the game where a cleverly designed chase sequence will naturally lead you in the direction you need to go next, so they’re not always an inconvenience designed to get in your way from a narrative perspective – though sometimes you’ll need to find a way to shake off your would-be assailant before you can actually accomplish your next goal.

The game purports to offer a “crafting” system, but in practice, this is simply an optional objective in each of the game’s main areas; failing to accomplish this before completing the chapter will cause Mina’s maximum health to permanently drop due to a critical injury. It’s a nice touch – particularly the way your success or failure affects the cutscene at the end of the chapter – but positioning it as a crafting system feels like a bit of a stretch. The game is beautifully presented from a visual perspective, featuring a distinct aesthetic inspired by Korean comics known as ‘manhwa’. These distinguish themselves somewhat from heavily stylised Japanese manga and anime through realistically depicted characters with expressive faces, though the game doesn’t hesitate to exaggerate and emphasise the more monstrous aspects of the game’s otherworldly inhabitants. This provides a strong contrast between the relatable elements we can easily latch onto and the more horrific aspects – and there are numerous situations where the game deliberately evokes feelings of discomfort by requiring you to engage directly with these uncanny beings from beyond the veil of sleep.

Sound-wise, the game fares a little less well; while the overall audio ambience is excellently atmospheric, spoken dialogue and sound effects appear to have been recorded at rather low quality, with a noticeable hiss evident while they are playing. One could make the argument that this may be an intentional attempt to create a “lo-fi” feeling, much like many other horror games make heavy use of film grain effects on their visuals, but in practice, since the hiss comes and goes – and is especially noticeable during quiet dialogue sequences, of which there are a fair few – it comes across as feeling like a bit of a cut corner without a particularly good reason, which is a shame. The game truly shines through its narrative, though. The main story, which will take you about 10 hours to finish, is intriguing and compelling enough by itself, but when combined with the added depth offered by the collectable notes around the environments, there’s a complex and fascinating tale to be enjoyed here. And while experiencing the first The Coma is, as previously noted, by no means required before enjoying this one, it does provide some additional context that established fans will find very pleasing.

While there are sporadic “action” sequences as you flee from Dark Song and avoid enemies, The Coma 2: Vicious Sisters is a game primarily about exploring a well-crafted setting and the narrative that unfolds therein, so your enjoyment will depend on your openness to that kind of experience. The distinctive visual presentation is gorgeous – and a significant upgrade to its predecessor’s art – but it’s a bit of a shame the sound and dialogue hasn’t had quite the same level of polish. Longevity is another shortcoming; once you’ve finished the game’s 10-hour story, there’s little reason to return. Overall, though, this is a great narrative-centric horror game that fans of the genre should absolutely jump on.

PS5 restock: Walmart had the PS5 Disc in stock for $499 today – when to buy it next
F1 2021 Review
Cris Tales Review
Ubisoft’s Skull & Bones Is Now In Alpha, But The Road To Get There Has Reportedly Been Anything But Easy
District 9 and Chappie Director Neill Blomkamp is Working on a New Triple-A Multiplayer Shooter