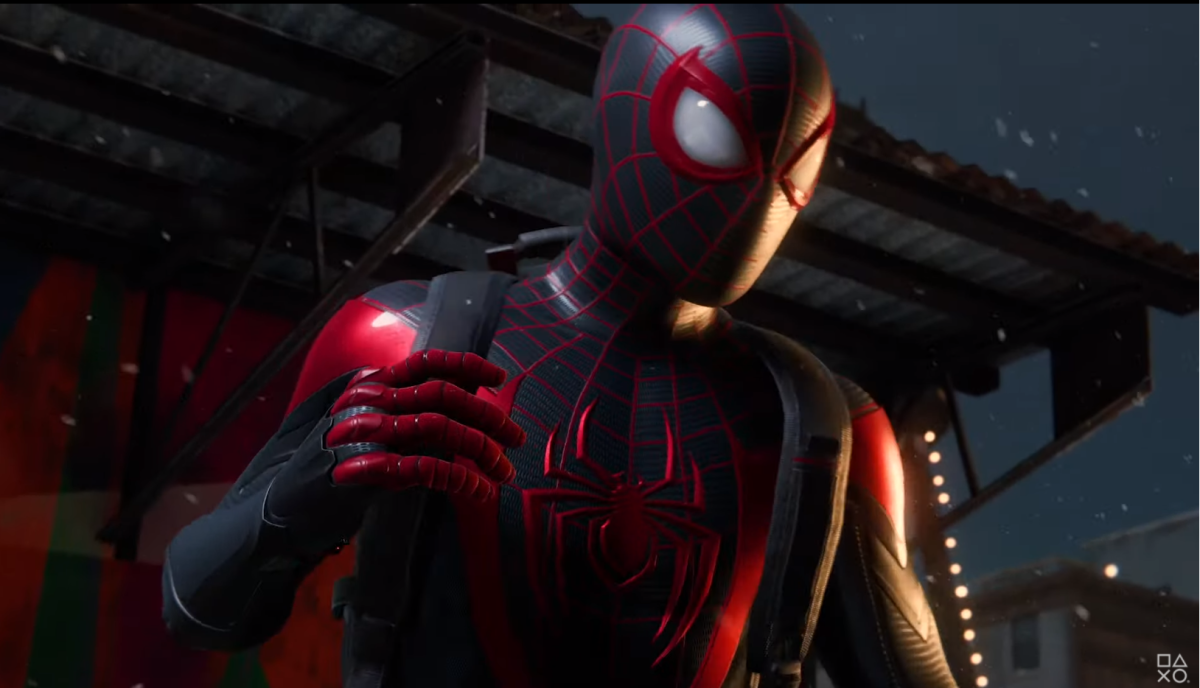 Insomniac Games’ Spider-Man: Miles Morales is coming to PS5, and surprisingly, it’s also heading to PS4 as well. While it may be more of a spin-off than a full-blown sequel, utilizing a different lead to tell a story of presumably smaller scope, it’s still one of the few next-gen exclusives coming to PS5 at launch. It’s likely to be a great showcase for what the system can do, then, and is bound to take advantage of all the exciting features the PS5 DualSense controller can offer.

Given the PS5 release date has now been confirmed (November 12 in a few select countries, and November 19 everywhere else), we know that Spider-Man: Miles Morales will also include an “Ultimate Edition” that includes the original Marvel’s Spider-Man game for a small uptick in price. A PS4 version of the game will also be available for those who aren’t ready to upgrade to next-gen hardware just yet.

Fans who enjoyed Marvel’s Spider-Man will no doubt be looking to Miles Morales for a return of their favorite web-slinging mechanics, while fans of the Spider-Man: Into The Spider-Verse movie – which starred Miles Morales as the lead character – will get the chance to play as their own fave in the Spidey suit.

With talk of 4K visuals and a Performance Mode that will allow the game to run at a smooth 60 frames per second – as well as the promise that the PS5’s haptic feedback will have a big role to play – Spider-Man: Miles Morales seems set to be a strong early title for the next-gen PS5.

Want to know more? Here’s everything we know about Spider-Man: Miles Morales – including the release date, trailers, likely price, story details, and which characters are likely to appear.

Spider-Man: Miles Morales will release on launch day for the PS5, which we now know is going to be November 12 in the US, Japan, Canada, Mexico, Australia, New Zealand and South Korea – and November 19 for everywhere else (including the UK).

We now know that a PS4 version of the game is coming on launch day too – despite Sony’s previously hard-line stance on PS5 exclusives being PS5 exclusives.

The latest and most in-depth Spider-Man: Miles Morales trailer came at the PS5 event live stream in September, showing off some actual gameplay – technically running on a PC emulating the PS5 engine. There are some usual beats here, including Spider-Man interrupting some thugs, Spider-Man catching a falling train carriage with his webs, and web-slinging a civilian to safety – as well as a better look at some of the antagonists you can expect to be fighting in the game.

Before that, we got a pretty brief reveal trailer which showed Miles in action across New York City, putting his powers to use.

This was shortly followed by a trailer recap, featuring devs at Insomniac games chatting about what you see, and the use of Miles’ “bio-invisibility” in the game.

We also know that “the Marvel’s Spider-Man: Miles Morales Ultimate Edition will launch both physically and digitally on the PlayStation Store for $69.99 on launch day” – which throws in the brilliant PS4 game for just $10 more. The Ultimate Edition costs about £69.99 in the UK, or about AU$125 in Australia.

That’s an AAA price tag on both counts, despite the fact it’s not really a fully-fledged sequel. The closest comparison is probably Uncharted: The Lost Legacy, a 2017 game in the Uncharted series that followed a new set of characters without overhauling the underlying mechanics of the previous game. The Lost Legacy was also notably cheaper than the usual AAA title, costing $39 in the US instead of a full $59 – though the jump to next-gen has unsurprisingly meant you’re not really getting a saving.

Spider-Man PS5: how long is it?

It’s been revealed by the game’s creative director, Brian Horton, that Miles Morales will take the same length of time to play as Uncharted: The Lost Legacy, which clocked in at 7-10 hours.

A blog post by Horton revealed that “You’ll experience a full story arc with Miles, one that’s more akin to a game like Uncharted: The Lost Legacy in terms of overall scope. Marvel’s Spider-Man: Miles Morales is an important, heartfelt, emotional and essential experience to expanding the Marvel’s Spider-Man universe. And we hope it will be for you as well.”

Being a next-gen title means that expectations are high for Spider-Man: Miles Morales when it comes to its visuals and performance. Insomniac has confirmed that the game will support an optional 4K/60fps ‘Performance Mode’ for those who prefer a higher framerate.

Swing through the city like never before on PS5 with an optional 4K / 60fps Performance Mode. #MilesMoralesPS5 #SpiderManPS5 pic.twitter.com/FhPEPLjnKLJuly 20, 2020

At the moment, we don’t have any details on what the game’s ‘Quality Mode’ will offer. However, with ‘Performance Mode’ offering 60 fps at 4K, it’s possible that ‘Quality Mode’ will place features like ray-tracing front and center at the expense of that high framerate.

We have, however, heard from the game’s creative director Brian Horton, who spoke about how the haptic feedback will give players a sense of which direction attacks are coming from by “providing haptic feedback from the appropriate direction on the DualSense wireless controller.” Horton also comments on how players will be able to feel what it’s like to use Miles’ various abilities, such as stealth or Venom Blast.

“Because of the high resolution of DualSense wireless controller’s haptics system, we can really push the dimensionality of the feedback,” says Horton. “For instance, as you hold down Square to do a Venom Punch, you feel Spider-Man’s bio-electricity crackle across from the left side of the controller, culminating in the right side on impact.”

If you played 2018’s Spider-Man, you’ll have seen Miles before as a supporting character, so it’s not overly surprising to see him head up his own title.

But Brian Horton writes that players can expect “a new story, with new set-pieces, fresh villains, and unique quests across Marvel’s New York City” – asserting that Miles’ “multicultural background reflects a more modern, diverse world” and “we knew that Miles’s origin story as a Spider-Man was something that needed its own game.”

Speaking to Entertainment Weekly in August 2020, Insomniac re-iterated that the game would not be a full-blown sequel and will instead have a story with a length comparable to Uncharted: The Lost Legacy. Creative Director Brian Holden said it’s “a full arc for Miles Morales that started in Spider-Man” and that Insomniac is “completing this hero’s coming of age in our game. It is a complete story.”

It was also confirmed that the story will take place one year after 2018’s Spider-Man game. The story will involve a power struggle between a high-tech criminal organization and an energy corporation, with Miles’ home in Harlem caught in the middle.

The Entertainment Weekly article also revealed that Miles will very much be “his own Spider-Man”, with his own movements, animations and powers, such as bioshock and invisibility, which will distinguish him from Peter Parker. The game’s trailer opens with Miles’ hands seemingly in a power generator or fuse box of some kind, suggesting he may get to use his shocks for more than just stunning villains.

Speaking of villains, in the trailer we caught sight of someone with the hulking mechanical claws and purple aesthetic of The Prowler, as featured in Into The Spider-Verse (and also Miles’ uncle). In the trailer it seems to be a different person, meaning we could be seeing a new interpretation of the villain – or just one with a lot of similarly-equipped underlings.

Miles will team up with Spider-Cat

In a cameo that no one saw coming, Miles Morales will be aided by Spider-Cat, a feline friend who you encounter during the game’s story. Spider-Cat can jump out of Miles’s  backpack to deliver some paw-nishing attacks during combat, and looks adorable doing it.

Those hoping for a more direct sequel to Marvel’s Spider-Man shouldn’t be disappointed, either. Horton reassured fans that Peter Parker will return in some form, likely in a full-blown sequel, though it doesn’t sound like he’ll get much of a look-in for this particular title, if any:

“Oh and one last thing: Many of you fans have wondered if Peter Parker is OK. Don’t worry, we still have much of Peter’s story left to tell. But this game is all about Miles, a critical part of our Spider-Man universe, and you won’t want to miss what happens.”

Interestingly, Insomniac has changed how Peter looks in the original Spider-Man for the game’s remaster. In a post on the PlayStation Blog, Insomniac chose to recast the face of Peter Parker. John Bubniak has been cut in favor of Ben Jordan, as the developer said Ben was a better match for facial capture. You can see the new Peter Parker below.

How to get Spider-Man Remastered on PS5

The Spider-Man remaster sees the original PS5 game enhanced and remastered for the PS5, and includes all three DLC chapters in the Marvel’s Spider-Man: The City That Never Sleeps adventure.

However, it was initially unclear whether PS4 Spider-Man players would be given the option to upgrade to the remaster on PS5, but Sony has now confirmed that they can’t. Well, not directly anyway.

In a statement to Kotaku, Sony clarified that Spider-Man Remastered is not available as a standalone title, and only comes with the Spider-Man: Miles Morales Deluxe Edition.

So, long story short, you will need Spider-Man: Miles Morales to access Spider-Man Remastered. If you are upgrading from the PS4 version to PS5, or have the standard PS5 Miles Morales edition, then you will need to pay extra while those with the Ultimate Edition will get it included for free – and it’s worth noting that your save progress from your original Spider-Man will not carry over to the remaster.