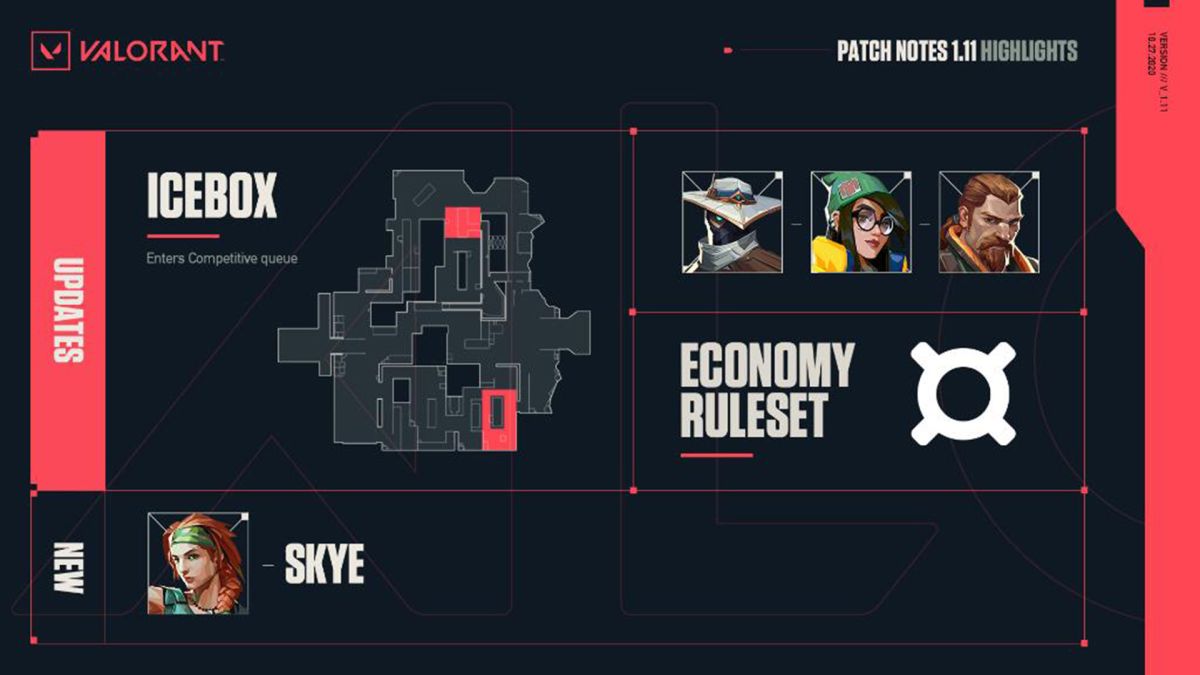 Valorant devs took their time to release the update 1.11 patch for the game, and now they have announced the rollback of the same. According to social media posts on official Valorant channel, the rollback is due to the update being a ‘technical nightmare’.

“We’ll be rolling back the patch For North America, Brazil, and LATAM (one at a time). We’re also delaying all other regions until we get a fix. We know we’ve said this every patch, but thanks for sticking by,” writes the Dev team.

“We’ll redeploy later in the week once we can figure out a less disruptive time for the Valorant First Strike Qualifiers (and have a solution, obviously). If you started the Skye character contract, you won’t be able to progress until we patch again.” Following this many players are asking why the devs even thought it was a good idea to release this at a time when the biggest tournament is set to take place.

First and foremost, the new agent Skye is now in the game. The blog mentions that, “Skye will be available for use in official esports competition (e.g., First Strike) after two weeks in Competitive queue.”

Skye is an Australian addition to the game. She is familiar with Sage in the lore of the game. Skye is the second healer to be added to the game. She controls animal spirits and her abilities are based on animals. She is an initiator class character which seems evident from her use of flash and leading the team into the attack in the video. Also the fact that Riot Games is using the tagline “Lead the pack for her”.

Her primary ability is an area of effect healing that cures all of her teammates within the location. She has a limited pool of heal per round. Besides this she has a bird as her first purchasable skill that will fly forward and flash the enemies. The second purchasable skill is a fox that can be controlled by her and can cause the enemies to be concussed.

Real talk: 1.11 has been a technical nightmare. In 30 minutes, we’ll be rolling back the patch for North America, Brazil, and LATAM (one at a time). We’re also delaying all other regions until we get a fix. We know we’ve said this every patch, but thanks for sticking by. [1/2]October 27, 2020

Her ultimate ability is three jellyfish like creatures that will seek out enemies, and when it hits the enemies it seems to have an effect similar to Omen’s blind.

Besides Skye, there are changes to the flash available to initiators, and Breach is getting a buff. And Sentinels are getting slightly nerfed again, and their traps and skills will become visible on death. Killjoy is getting some changes which include her to be in range for her Alarmbot and Turret to work. With the nerf, she is also getting a slight buff to balance things out.

The new map Icebox is also entering Competitive map rotation. Besides these there are a bunch of other changes and additions to the game as well.