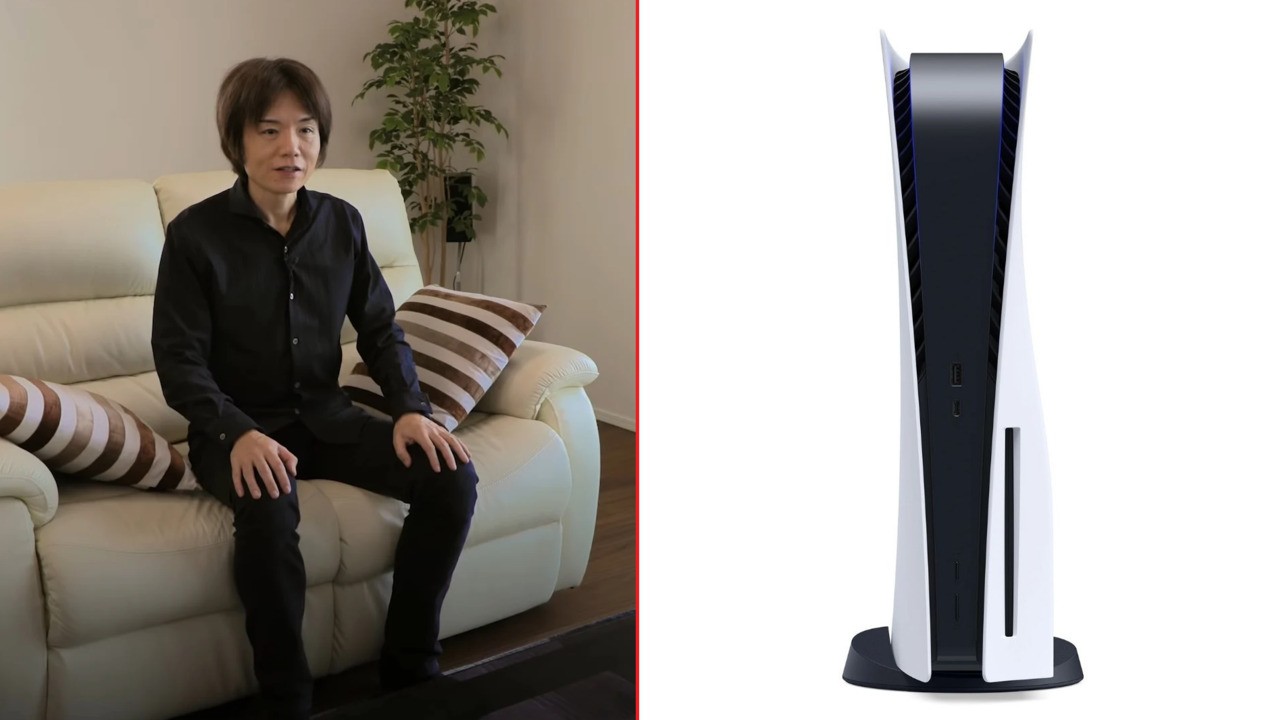 Even the legendary video game director Masahiro Sakurai needs a break every once and a while, so what does he do when he’s not working on new fighters and content for the Nintendo Switch title Super Smash Bros. Ultimate? He plays other games and systems on his insane gaming setup, of course.

In his latest bi-weekly Famitsu column, as translated by Source Gaming, Sakurai spoke about how he recently got hold of a PlayStation 5 (on release day, mind you) and placed it on its side underneath his television.

He apparently thinks every part of it “feels nice to touch” because it’s so smooth and highly recommends the pre-installed game Astro’s Playroom – noting how it acts like a PlayStation archive. He’s also happy about how he can play his existing PS4 library on Sony’s new system and ended up upgrading his copy of Watch Dogs Legion, stating how the graphics looked better.

Sakurai’s not quite as impressed with the size of the system’s internal storage compared to the PS4 and mentioned how he hopes stock shortages will be resolved soon, so more people can experience the system.

In a Nintendo Life poll earlier this month featuring more than 7,000 votes, 37% of participants said their next-gen combo would be a Nintendo Switch and PlayStation 5. 7% said they would be rolling with “just” the PS5, 22% were sticking with the Switch, and another 7% said they were interested in every console. View the full results here.