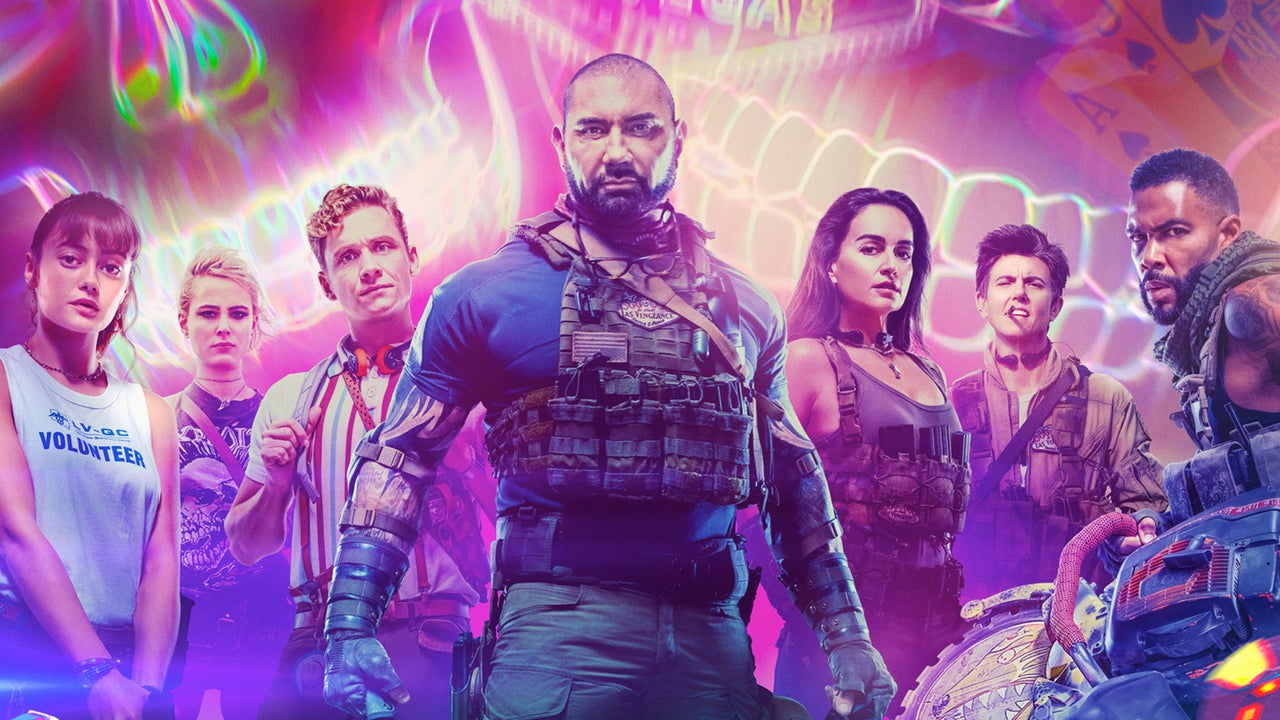 the horror sub-genre that kickstarted his career, there was cause to be excited. But what starts as an escapist zombie/heist movie set in Las Vegas eventually devolves into a rote action movie, its few, fun but superficial surprises quickly washed away in favor of embracing the bleakness popular in the post-Walking Dead era of zombie stories.Army of the Dead’s opening credits sequence teases a darkly hilarious and ironic zombie romp set in Sin City, presenting all the backstory and world-building required. Set to a Richard Cheese and Allison Crowe cover of “Viva Las Vegas,” we see zombies quickly overrun the town, with every ridiculous Vegas staple you can think of — from the obligatory Elvis impersonator to pageant queens and showgirls devouring tourists — succumbing to the growing army of the dead. The sequence is a delight, offering everything you’d hope to see in a zombie heist movie set in Vegas. But the subsequent film never matches the promise of that great opening.

For better or worse, Army of the Dead feels like Snyder unchained, even more so than his four-hour Snyder Cut of Justice League. Everything you love or hate about his directorial style is fully on display here, from the epic action and gore shots, tremendous slow-mo that can occasionally make the film feel dull and repetitive, poor dialogue that sounds like someone who just watched Aliens for the first time but only remembered the one-liners, and sudden attempts at forcing emotional connections to characters right before they die. Still, when the movie works, it works, especially when Snyder leans into dark deadpan humor (would it surprise you that The Cranberries’ “Zombie” is used here?).

The Best Horror Movies on Netflix

The plot sees former merc Scott Ward (Dave Bautista) approached by Bly Tanaka (Hiroyuki Sanada) with an offer to escape his post-zombie war, burger-flipping life by smuggling $200 million out of a casino safe before Vegas is nuked to rid it of zombies. (The nuking will happen on the 4th of July because the President thought it “would look cool” and “kind of patriotic, if you think about it.”) The subsequent “putting the crew together” portion of the film is a hoot, with big “You son of a bitch, I’m in” energy as we’re introduced to all the quirky characters — and a few important tagalongs — that anyone familiar with zombie movies knows will inevitably end up dead meat.

Scott’s mercenary group includes his close friends Cruz (Ana de la Reguera) and Vanderohe (Omari Hardwick, whose badass buzzsaw just sort of disappears early on), and sardonic helicopter pilot Peters (a scene-stealing Tig Notaro, who digitally replaced Chris D’Elia). Even though most of the characters are underdeveloped and very superficial, any time Vanderohe and safecracker Dieter (Matthias Schweighöfer) are together, hilarity ensues.

Once the crew enters Vegas, Snyder reveals his zombie influences and the clever additions he makes to the mythos. His film is almost a spiritual successor to Romero movies like Land of the Dead, and at other times, it also feels like the closest there’s been to a proper adaptation of the latter portions of the novel I Am Legend. There are regular zombies here, sure, but they coexist with fast zombies, as well as weirdly evolved “alphas,” who have a bluish, sort of robotic look to them and are vastly more intelligent than regular zombies. And, of course, there’s that cool zombie tiger seen in the trailer. Some of the movie’s zombie lore, particularly when it comes to the leader of the zombies, is worthy of an entire sequel or spin-off just to explore the huge implications it suggests. (There’s both an anime and a live-action prequel movie in the works.)

The problem is that the script — credited to Snyder, Joby Harold, and Shay Hatten — is not interested in exploring any of the myriad entailments of the plot beyond just a wink at the audience to make sure they know how clever the film is. While some of the mythology questions might be answered in the aforementioned follow-ups, that doesn’t satisfactorily explain the film’s lazy allegory for the southern border detention centers beyond trying to nod to zombie movies’ long history of social commentary.

Army of the Dead wants you to be sure that it is talking about serious topics — by making most of the refugees in the quarantine camp appear Latino or have a character constantly talk about trying to escape the camp and face the dangers outside just to secure a better future for their children — but it doesn’t have anything nuanced or new to say other than the fact that some people take huge risks crossing the border.