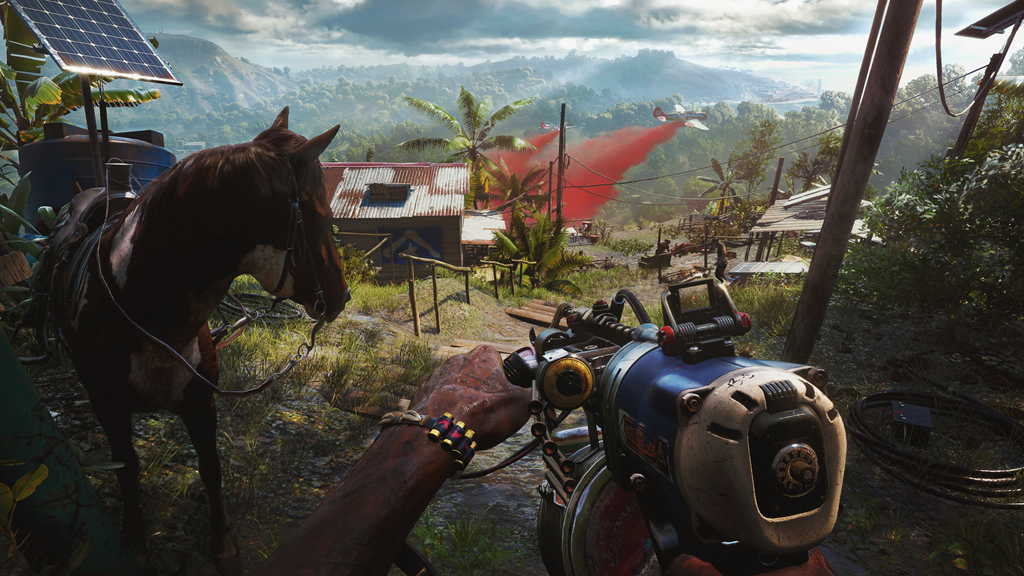 Far Cry 6 is set to be released on October 7, 2021 as one of the next big games from Ubisoft. Like prior Far Cry titles, it’s an open-world first-person shooter. Players are unleashed on the tropical island of Yara, where the dictator Anton Castillo rules. Castillo is portrayed by actor Giancarlo Esposito.

In addition to announcing a release date, Ubisoft showed off gameplay footage for the first time, revealing the many tools and weapons players can use as Dany Rojas to bring down the regime, as well as the inclusion of a third-person perspective for at least portions of the game. One of your many companions in Far Cry 6 is the scaly sort, a vest-wearing alligator who is more than happy to aid the revolution.

Far Cry 6 was previously scheduled to release in February 2021 before being delayed like so many other games amidst the global pandemic.

Ubi seeing more in the future

We’ll very likely be seeing more of Far Cry 6 soon, as Ubisoft is partaking in E3 2021 with a new Ubisoft Forward showcase on June 12. We’ll see other games there as well, including probable inclusions like the oft-delayed Rainbow Six: Parasite. Other titles that could show up include the seafaring adventure, Skull and Bones.

Ubisoft isn’t the only major publisher holding an E3 2021 showcase either, with Microsoft following on June 13 to present what’s next from Xbox Game Studios and Bethesda Softworks. Sony has yet to confirm an official showcase but did recently reveal Horizon Forbidden West gameplay footage.