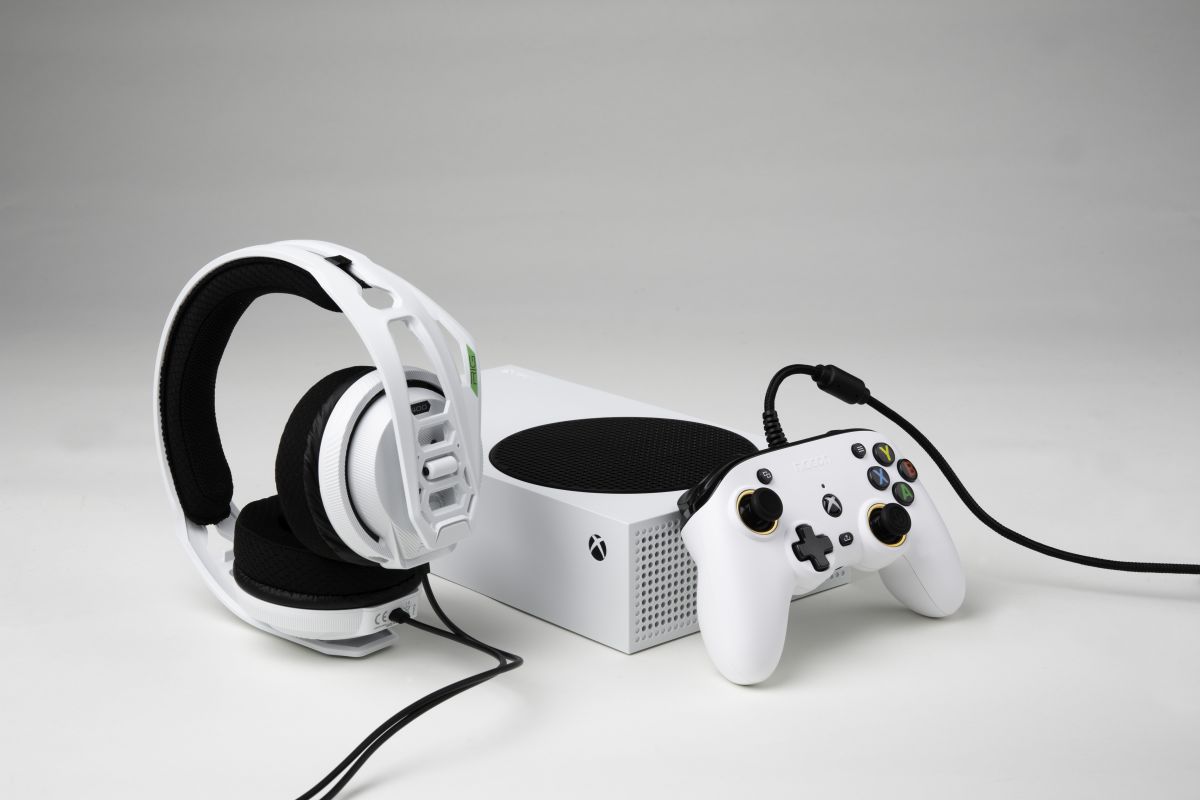 When it comes to gaming headsets, you’re likely already familiar with the RIG name. RIG has been a market leader in the gaming headset space since 2012. And, though the RIG brand was recently acquired by Nacon, what it stands for has not changed: great audio performance-enhancing features and competitive play. That’s made as clear as ever with a new generation of RIG products officially licensed for Xbox Series X, Xbox Series S, and Xbox One.

The latest from the RIG brand starts with a first of its kind: the PRO Compact controller. The RIG PRO Compact Controller is not only the brand’s first controller but also the world’s first game controller to include Dolby Atmos for Headphones, a 3D sound format that can provide players with detailed audio for a greater sense of immersion as well as handy tactical information beyond what they can see on their TV screen. This new addition to the RIG brand comes alongside a pair of gaming headsets that continue the RIG legacy.

Though RIG is now operating under Nacon, its mission to provide gaming peripherals that offer a competitive edge remains unchanged. So, whether you’re gaming at an esports tournament or just eyeing that #1 spot on the scoreboard after work, you can be sure RIG’s new controller and headsets from RIG are built with the features and durability to help you win.

With the PRO Compact controller, Nacon is bringing gamers a smaller form factor that isn’t seen across elite controllers. The controller allows players to create their own custom button maps, change trigger sensitivity, and control dead zones by way of the PRO Compact app for Xbox.

It’s a great controller all on its own, but the inclusion of Dolby Atmos pushes it over the edge. By connecting any headset to the PRO Compact controller, gamers can enable Dolby Atmos to get object-based 3D sound that can help them pinpoint important sound sources in games like enemy footsteps approaching. Since Dolby Atmos is object-based, game creators can use it to fill the game world with various sound sources for a richer soundscape that surrounds the player, pulling them further into the game world than basic stereo or multi-channel surround. Critically, Dolby Atmos can also cue players into sounds’ height positioning as well, letting them quickly react to players approaching from above or below.

Like the PRO Compact Controller itself, Dolby Atmos audio also supports customization. Thanks to the Dolby Access app for Xbox, players can tweak settings to improve and better tune their headset of choice as well. To start using Dolby Atmos for Headphones, it’s as easy as downloading the free Dolby Access app from the Windows Store on Xbox or Windows 10, then plugging the controller in via USB and connecting to a headset.

Of course, with such a rich legacy in the headphone space, RIG has the natural complement to the PRO Compact controller. The brand is introducing a new generation of headsets with the RIG 700 PRO Series and RIG 500 PRO Gen 2. These headsets continue RIG’s tradition of offering headsets built to offer solid audio matched with a sturdy and modular design, with simple-to-replace parts and virtually indestructible headbands. With these latest models, RIG is offering headsets that are ready for Dolby Atmos, include self-adjusting straps to help you get an easy fit, and feature a dual-material ear cushion to simultaneously block out external noise while remaining comfortable and more breathable.

The RIG 500 PRO Gen 2 is a wired headset built for serious play. From its durable, metal headbands and large 50mm speaker drivers, it offers sound and a design that won’t let up. And, as it’s specially tuned for the 3D audio that Dolby Atmos provides, it can serve as a handy sidekick for the RIG PRO Compact controller. The RIG 700 PRO Series drops the cable and goes for an ultra-lightweight design so you can move more freely and take full advantage of its wireless connectivity. Just like the rest of the new lineup, the headset also comes with Dolby Atmos support for Xbox and Windows 10.

If you’re ready to level up your gaming, the PRO Compact controller is available for $49.99 at Best Buy, GameStop, Walmart, and Target now. You can find it in both black and white. The RIG 500 PRO Gen 2 series is also available now at $69.99 while the RIG 700 PRO Series is sold exclusively at Gamestop for $119.99.