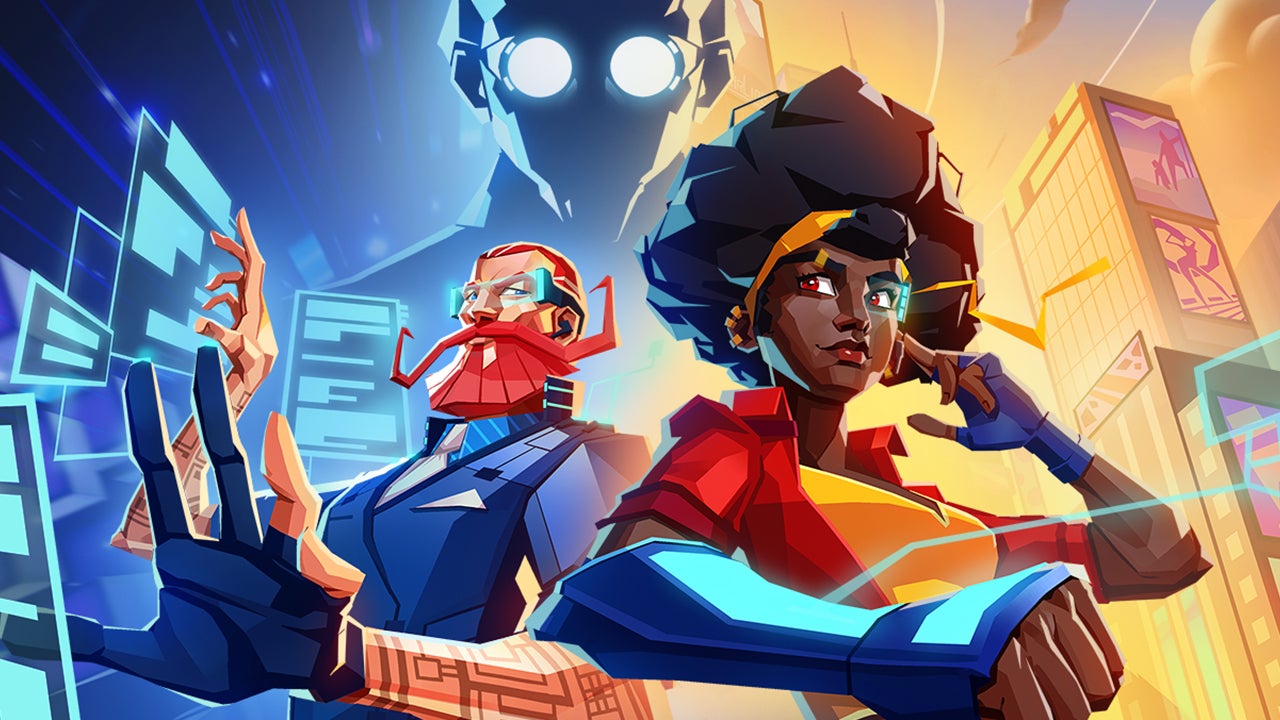 Communication is key, and that’s true whether you’re in a relationship or guiding someone through defusing a bomb that’s about to send the world back to the Stone Age. Operation: Tango is an asymmetrical, co-op-only spy ’em up inspired by the likes of 2015 indie puzzler Keep Talking and Nobody Explodes and all those scenes in the Mission: Impossible movies where Simon Pegg is telling Tom Cruise which direction to run in.

With one player assuming the role of the field agent and the other the intrepid hacker running support remotely, success demands total cooperation exclusively via voice communications to negotiate its short series of high-tech infiltrations. The end result is ultimately a bit lighter on outright action than I’d anticipated – and some of the puzzles are annoyingly silly – but when Operation: Tango clicks, it’s cool and satisfying albeit short and a little shallow.

With a cyberterrorist to catch and the core philosophy of Rob Base and D.J. E-Z Rock as your guiding star, it’s up to you and ideally your least stupid friend to negotiate your way through what’s essentially a tangled thread of puzzles where each of you will generally only ever have half the answers. Broadly speaking, the agent’s missions play out in first-person on-site and the hacker’s missions occur in a stylised virtual environment of databases and Hollywood-style software systems, but there are regular instances where the hacker will suddenly find themselves immersed in a bizarre virtual world or the agent will be required to dig through computer files and do their own hacking. (There’s probably a bit too much of the latter, but I’ll get to that in a moment.)

It’s up to you and ideally your least stupid friend to negotiate your way through what’s essentially a tangled thread of puzzles where each of you will generally only ever have half the answers.

The main thing to know is that Operation: Tango is overtly designed so the only way you should know what your friend is seeing is if they explain it to you, and therefore it’s very much a remote co-op experience and not a same-screen, same-couch one.

Operation: Tango is at its absolute best when it really leans into core spy movie tropes like, say, when the agent needs to sneak into an empty office to boot up a particular employee’s computer to give the hacker the info they need to progress, or when the hacker is guiding the agent around deadly drones or lasers with urgent, barked instructions. A mission set on a moving train is a particular highlight, beginning with an immersive game of hide-and-seek as the agent and hacker work together to uncover an unknown mule and ending with a race against time to stop the runaway loco with the most dangerously convoluted emergency braking system ever devised.

The puzzles can be a fraction hit-and-miss, however, and for every frantic emergency procedure or neat bit of codebreaking there’s an obtuse rhythm-matching button-bashing sequence where we literally had to pause while I retrieved a pen and paper, or an irritating moving ball puzzle where one player controls the X-axis and the other controls the Y-axis. Operation: Tango is arguably at its weakest when the required tasks get too trite and illogical within the espionage fantasy developer Clever Plays has worked hard to establish. Unfortunately, it has a bit of a habit of going from shrewdly designed brainteasers that give you and your mate just enough breadcrumbs to bust wide open and enjoy the teamwork-driven lightbulb moments they create, to stretches of time where I felt like I was mindlessly mashing buttons.

You Only Play Twice

While Operation: Tango works to separate its roles, with the agent in the thick of the action and the hacker peering into the digital abyss, there’s arguably a bit too much supplemental hacking regularly required of the agent character. As the agent doesn’t really have any combat capabilities it often feels like there are simply two hackers, only one has to walk around while the other sits. Operation: Tango would’ve benefited from more objectives where the agent was on the run through the levels with only the hacker’s guidance. This is definitely where I had the most fun playing the agent.

It would also have been more fun were the frame rate as the agent on PS5 not so surprisingly uneven, especially given the simple and chunky visual style doesn’t seem like it should be especially taxing on such modern hardware. It wasn’t bad enough to turn me off playing but it certainly was noticeable.

Our playthrough of the six total missions in Operation: Tango took a little under four hours. Hypothetically it’s good for at least a pair of runs as switching roles will allow you to see each mission through a different lens. That said, even though you’ll be doing different tasks, knowing what the other player is seeing because you’ve done it before spoils Operation: Tango’s special sauce. Even though the actual codes and answers to the puzzles change when replaying missions, the way you uncover the info is the same, so you’ll really just be going through the motions.

However, while it’s admittedly a fairly brief experience it’s worth noting that Operation: Tango will actually let a friend join the action with you for no additional charge; only one player needs to own it and the other can play along with them simply by downloading the free trial. (And of course it’s included in PlayStation Plus at the moment.)