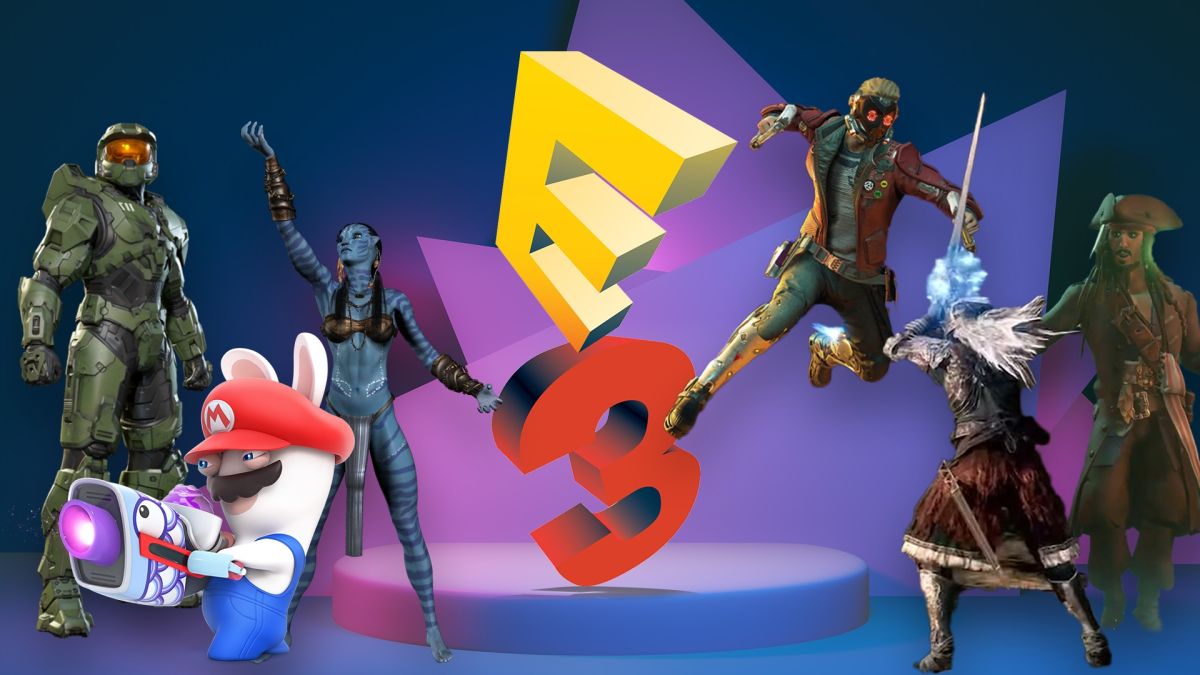 As well as new additions to big-budget franchises like Battlefield and Far Cry, this year’s event included some equally exciting announcements on brand-new titles, such as Redfall and Contraband.

Movie fans should take note, too, as Hollywood heavyweights Guardians of the Galaxy and Avatar are also in line for some triple-A video game adventures very soon.

Below, we’ve rounded up the biggest and best game announcements of E3 2021, with a brief note about each game’s premise, the release date and what platforms you can expect them to arrive on.

Check back to this list in the coming days, too, as we’ll be adding more major game announcements as they happen.

Battlefield 2042 was revealed on June 9, with a gameplay trailer dropping as part of the Xbox and Bethesda games showcase on June 13. The new Battlefield is set to take players into the near future and is being touted as “the most ambitious” entry in the first-person shooter series yet. Built using the latest Frostbite engine, Battlefield 2042 will arrive packing a host of new weapons, vehicles and gadgets, as well as 128-player maps for the latest consoles and PC.

Interestingly, there’ll be no campaign mode for the first time, nor a much-rumored Battle Royale mode, but EA says players can expect three “distinct, standout multiplayer experiences” – which sounds pretty good to us.

In one of the most surprising announcements at E3 2021, Massive Entertainment, the team behind The Division franchise, gave us our first look at Avatar: Frontiers of Pandora, a game set in the Avatar universe. The triple-A title is being developed using Ubisoft’s proprietary Snowdrop graphics engine, and is expected to coincide with the release of James Cameron’s Avatar 2 next year. We’ve only seen a cinematic trailer so far, but it certainly looks ambitious – and beautiful, obviously.

Given the game’s focus on graphical fidelity, it’s no surprise that last-gen consoles are being left behind on this one. Avatar: Frontiers of Pandora is being developed for the PS5, Xbox Series X/S, PC and Amazon Luna, and has a tenuous release date of 2022.

The sixth entry in Ubisoft’s open-world adventure franchise, Far Cry 6, is on the way later this year, and we were treated to a brand new trailer at E3 2021. Set in a “tropical paradise frozen in time” called Yara, players will take control of protagonist Dani as they shoot, loot and crash through Far Cry 6’s customary regime-crushing story. Breaking Bad’s Giancarlo Esposito stars as the game’s villain, Anton Castillo, so we’re anticipating some Vaas-level tyranny, but some brand new weapon customization mechanics look to keep Far Cry 6 from being the same old waypoint-chasing adventure.

Forza Horizon 5, the fifth entry in the popular open-world driving simulator, will take players to an “authentic” recreation of Mexico and boast the series’ largest drivable environments to date. Expect to traverse jungles, deserts, urban sprawls and ancient ruins as you tear through the rubber of the world’s fastest – and prettiest – cars. For the first time, the franchise is introducing a “deep and rewarding campaign”, too, where players will meet new characters and determine the outcome of their missions.

After years of persevering hype, we finally got the first trailer for Dark Souls 4 – sorry, Elden Ring. The Dark Souls comparison isn’t just a joke, and the game looks very similar to FromSoftware’s previous works – you play as a vessel sapped of spirit, there’s the same weighty combat, there’s cooperative play, locations look similar, even plenty of the combat animations are pinched straight from Dark Souls 3.

But there’s a lot more that builds on the popular stalwart Dark Souls formula – there’s mounted combat, double-jumping ghost horses, an open world with wandering enemies (and buildings that literally walk around), and actual stealth combat. The trailer might not win over those who aren’t a fan of the SoulsBourne series, but for people already hooked on FromSoftware’s style, it’s all that was hoped for and more.

Marvel’s Guardians of the Galaxy

Square Enix must have thought it had struck the jackpot when acquiring the Marvel license. But as the so-so response to its Marvel’s Avengers live service game proved, you need more than just the best license in pop culture to make a great game.

It came under fire for not acquiring the rights to the likenesses of Marvel’s Hollywood stars, and it’s an issue that’s still present with the new title, the single-player Marvel’s Guardians of the Galaxy. But with Chris Pratt the only human-looking character in the team, it largely gets away with it.

Which is good, as the game doesn’t look half bad. You’ll direct the Guardians whilst in the boots of Peter ‘Star Lord’ Quill, with combat looking a little like the squad-based action of the Mass Effect series. There’s lots of zany shooting action, and some good banter between the rag-tag crew. It looks like classic Guardians of the Galaxy, basically.

Halo Infinite returned for a mini-comeback of sorts, and it’s looking a lot more promising. After a fairly uninspiring reveal before the Xbox Series X launch, we were provided with a quick aerial passover of Delta Halo, the biggest game world ever in the series. We also got to see Master Chief interacting with a new AI, in a fairly evocative scene. confirmation that both the game’s campaign and multiplayer will launch at the same time, despite rumors to the contrary.

While we didn’t get a confirmed release date other than “Holiday 2021” (which falls between November and early January), we did get a proper look at Halo Infinite’s multiplayer mode, which will be free-to-play and can run at 120fps on capable displays. We know that the legendary Halo announcer will return, equipment is coming back from Halo 3, and there will be plenty of vehicular combat across the game’s new sandbox-style maps.

Halo Infinite will be released on Xbox Series X/S, Xbox One and PC.

Ubisoft announced during its E3 2021 showcase that it’s working on a sequel to Mario + Rabbids Kingdom Battle, called Mario + Rabbids Sparks of Hope. Sparks of Hope sees the gang of Nintendo/Ubisoft mascots traveling to a new planet, with the plot revolving around Luma that has fused with Rabbid genes, granting the Rabbids new abilities as you rescue each star-like creature. Sparks of Hope will still offer a tactical combat experience, but with more of an emphasis on action this time around.

Mario + Rabbids Spark of Hopes is coming to Nintendo Switch in 2022.

Ubisoft finally gave us a look at the next Rainbow Six title in action during its E3 2021 conference. Rainbow Six Extraction (originally known as Rainbow Six Quarantine, then as Rainbow Six Parasite) is a 1-3 player co-op experience that sees you and your squad pitted against an ever-evolving alien species called the Archaeans.

The gameplay involves plenty of twists to keep players on their toes and we can’t wait to see more of what Extraction has to offer when it arrives on PS5, PS4, Xbox Series X/S, Xbox One, PC, Amazon Luna and Stadia on September 16, 2021.

What if Fallout had never made the jump to 3D, but had instead down-rezzed to pixellated graphics, went for isometric real-time combat and mixed Lovecraftian horror with its punk-fuelled wasteland? You might, just might, have ended up with something a little like Death Trash, a wild new role-playing game headed to PC in August 2021.

“Meet exciting characters, talk to the Fleshkraken, visit the Puke Bar, or descend into old temples in search of expanding your awareness,” says the one-person dev team of Crafting Legends.

You had me at ‘Fleshkraken’…

Now this one’s a real looker. Developer Slow Bros. have painstakingly put narrative adventure game Harold Halibut together using traditional stop motion animation techniques. Rela-world, physical sets and puppets have been made, captured with photogrammetry and then digital inserted into the game, giving Harold Halibut a look somewhere between a Wes Anderson film and an Aardman Animation.

It’s not just all about those wonderful visuals though – there seems to be a cracking story propping it all up, telling a tale about “about friendship, and life on a city-sized spaceship submerged in an alien ocean.” No release date announced for this PC game yet, but we can’t wait to find out more.

Sea of Thieves: A Pirate’s Life

Sea of Thieves has quietly become one of the biggest games on Xbox consoles and PC, and a new collaboration with Disney’s Pirates of the Caribbean is bound to attract old and new players alike to Rare’s seafaring epic. Players can look forward to five Tall Tales – the game’s take on story-focused missions – which star the irreverent trickster Jack Sparrow, and the supernatural ruler of the seven seas, Davy Jones.

The trailer showed off cursed crews for players to combat, bloodthirsty mermaids, and a whole host of exciting story-related moments that we can’t wait to experience. The Sea of Thieves: A Pirate’s Life expansion will be free to all Sea of Thieves players, and arrives on June 22.

Sea of Thieves is available on Xbox Series X/S, Xbox One and PC.

One of our biggest hopes for E3 2021 was that we would get another look at Starfield. So we were over the moon (pardon the pun) when we got not only an official teaser trailer for the upcoming sci-fi RPG, but a release date of November 11, 2022 during the Xbox and Bethesda games showcase.

But it’s not good news for PS5 players as Bethesda confirmed during the showcase that Starfield will be an Xbox exclusive, landing on Xbox Series X/S and PC – but not PS5.

Replaced was one of the more visually striking titles shown off at E3, with its unique pixel-art style and dystopian sci-fi world immediately catching the eye. The game’s story sounds interesting, too, as you play as an AI trapped inside a human body against its will.

But what type of game is it? Well, it’s described as a “sci-fi, retro-futuristic action platformer”, and players will need to discover the secrets that are hidden within Phoenix-City, which takes place in an alternative version of the 1980s.

Replaced is coming in 2022 to Xbox Series X/S, Xbox One, and PC. The game will also be available on Xbox Game Pass on day one.

LeBron James Joins Fortnite’s Icon Series
This Week on Xbox: July 23, 2021
Lost In Random is coming to multiple platforms, including the Switch, on September 10th
Battlefield Portal Allows You to Build the Battlefield Experience of Your Dreams
Meet the Weird and Wonderful Characters of Death’s Door