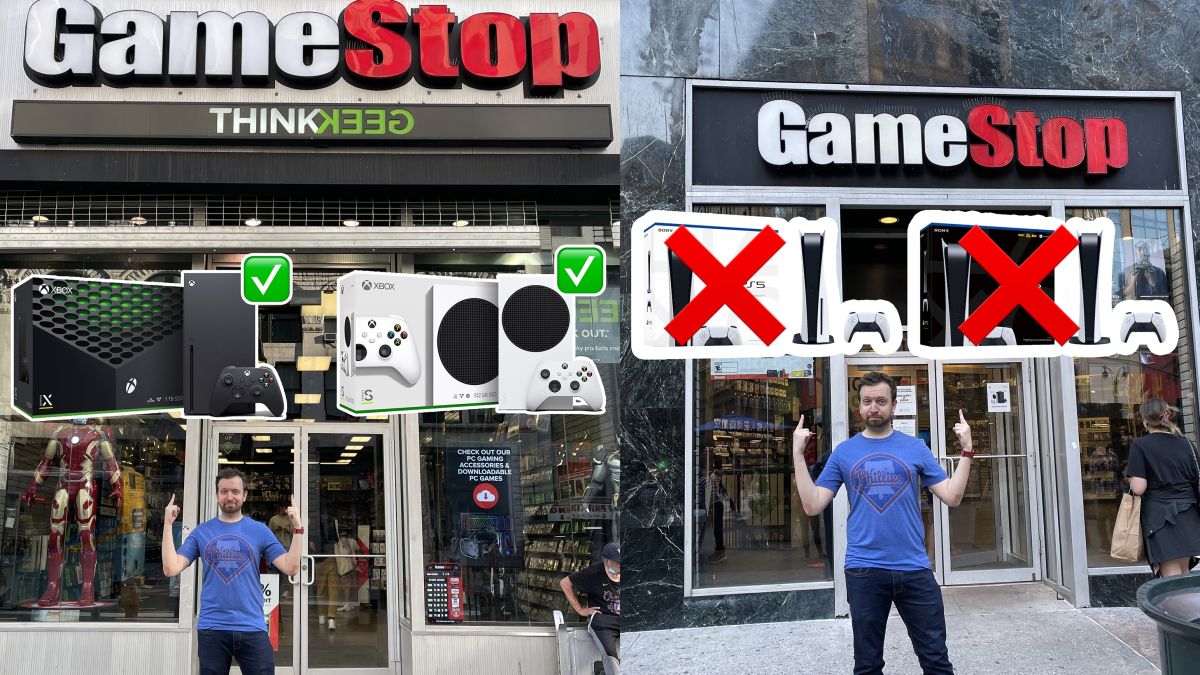 Update: People are already camping out in line for the GameStop Xbox Series X restock, according to our updated reporting. Live updates coming as the news breaks…

The GameStop Xbox Series X restock will happen in stores tomorrow, June 16, and our Xbox and PS5 restock Twitter tracker Matt Swider has tracked down exclusive information to help increase your chances of getting the Microsoft console in case you want to wait in the sure-to-be stretched GameStop line.

Yes, we did real reporting beyond GameStop’s vague restock email. We went to visit multiple GameStop stores in New York City to figure out how it’ll work and which of the next-gen consoles will be available to buy (hint: there’ll be no PS5 restock). We also asked GameStop officials for additional details about the restock logistics.

Here’s what we found out.

In case you miss it: Matt Swider is tracking Xbox Series X restock opportunities from more than 12 different stores in the US. Here’s an example of the alert you’ll get if you follow his Twitter account.

The GameStop restock tomorrow will be very different. This is the first time in 2021 that a restock will happen inside GameStop stores, and Matt Swider will be reporting for TechRadar live outside of the GameStop in Manhattan to see how the event unfolds.

We did report on an in-store Best Buy restock for the Nvidia 3080 Ti GPU on June 3, so while physical store restocks aren’t commonplace, two in one month makes a trend. We’ve seen the occasional Walmart in Texas carry the PS5 and Xbox Series S consoles, according to our loyal followers who reply to our Twitter restock tracker account, but it’s not something Walmart officials announce – or seem to know about.

There’s no telling if the in-store GameStop Xbox restock will make buying next-gen consoles easier. While bots are not going to be a problem in real life (let’s hope not), resellers can still camp out for the console to turn a profit. As we mentioned, it’s one console per person, so that’s a rule that’s easier to enforce in person.

But, on the flip side, we did see Target temporarily suspend in-store sales of sought-after Pokemon trading cards and also sports cards after a physical altercation at one of its stores. The line for the aforementioned Best Buy GPU restock drew 200 people in Manhattan and a fight almost broke out, according to our on-the-ground reporting, so there’s certainly room for chaos for in-demand tech.

We’ll continue to follow the GameStop Xbox Series X restock news, try to see when there will be a PS5 restock in stores (don’t hold your breath), and update you on how the line is progressing around the US.

UK charts: June 2021 console sales – PlayStation 5 No.1, Xbox Series X|S No.2, Nintendo Switch No.3
Nvidia’s ARM-Powered Linux RTX Demo Is a Warning Shot to x86, Microsoft
A bone-related Spirit Board event begins on Friday in Smash Ultimate
Guilty Gear Strive’s First DLC Character Releases Next Week
PS5 restock: Walmart had the PS5 Disc in stock for $499 today – when to buy it next