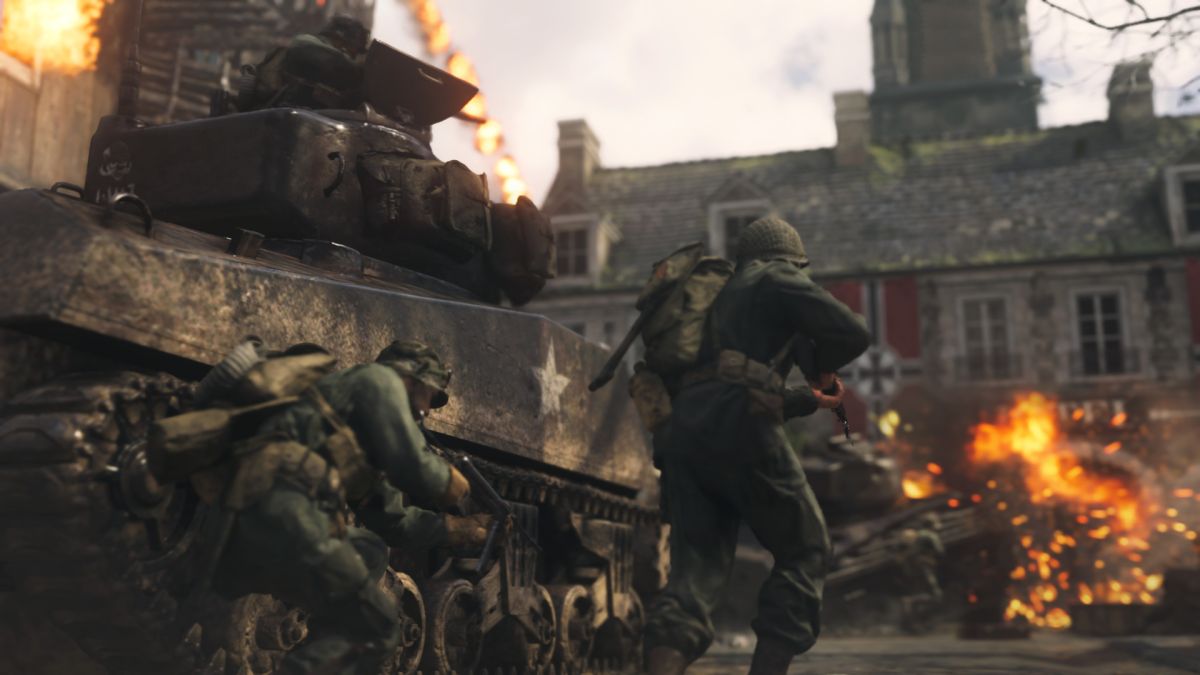 A new Call of Duty is officially in the works and will release in late 2021, Activision has confirmed.

While Activision hasn’t officially revealed the next Call of Duty, details on the new COD are slowly beginning to emerge and we’re starting to get a good idea of what to expect. Read on for everything we know about the new Call of Duty 2021.

During Activision Blizzard’s Q4 2020 earnings call (via GamesRadar), speaking about Call of Duty, the publisher confirmed that it has “another strong premium release planned for Q4 in 2021”.

The new Call of Duty will return to WW2, according to a report by ModernWarzone (via GamesRadar ) which was later verified by both Eurogamer and VGC. According to these reports, Call of Duty 2021 is called ‘Call of Duty WW2: Vanguard’ and is being developed by Call of Duty: WW2 developer Sledgehammer Games.

According to Eurogamer, the new Call of Duty will have a “traditional” World War 2 setting, contrary to ModernWarzone’s claims that the game will be set in an “alternative timeline”.

It’s as of yet unclear how much these rumored last generation versions of Call of Duty Vanguard might differ from their current-gen counterparts and, according to Henderson, this cross-generation strategy will be in place for both Vanguard and the next Call of Duty developed by Infinity Ward, positing that developer’s game for release in 2022 if Call of Duty’s annual schedule is to be upheld.

WW2 Vanguard is going to be held back so bad by previous generation consoles, and from my understanding they are planning previous gen for both Vangaurd and IW’s next title. pic.twitter.com/PmokyHP0BUApril 18, 2021

Modern Warfare engine
According to a report by VGC, the new Call of Duty is being developed on the Modern Warfare (2019) ‘IW8’ engine, which also powers Warzone.

A name change?
ModernWarzone initially reported that ‘Call of Duty WW2: Vanguard’ was the game’s working title, however, according to Eurogamer sources, Activision plans to stick with this name for the final version.

Utilize the power of PS5 and Xbox Series X
Black Ops: Cold War did it, so we expect Call of Duty 2021 to take it even further. We’re hoping that the new COD can be played in 120fps (ideally at 4K) and that it will implement DualSense controller support for extra immersion. While we can take or leave the DualSense support, 120fps for first-person shooters like COD makes a huge difference, particularly when playing online.

Return of Zombies
A fan-favorite, we’re hoping we’ll get the chance to take out some Nazi zombie hordes once again. But, while we do love the Zombies formula, it would nice to have a bit of shake up with more of a variety in puzzles and some new maps to explore.

Warzone
With a new COD comes to opportunity to give Warzone a shake up too and we’re hoping that the battle royale gets somewhat of a WW2 makeover, tying in with COD 2021 and adding freshness to the online game.

Back to basics multiplayer
What we loved about Cold War’s multiplayer is that it went back to basics, with tight and well-made maps and a refined arsenal. Hopefully, Activision will keep this in mind with the new COD.

The Demon Slayer: Kimetsu no Yaiba event is currently taking place in Ninjala
Season 2 Kicks Off Next Week in Knockout City
Next Skate Teased With Motion Capture and Fan and Community Reaction Video, ‘We’re Working on It’
Last Stop Review
Last Stop Review