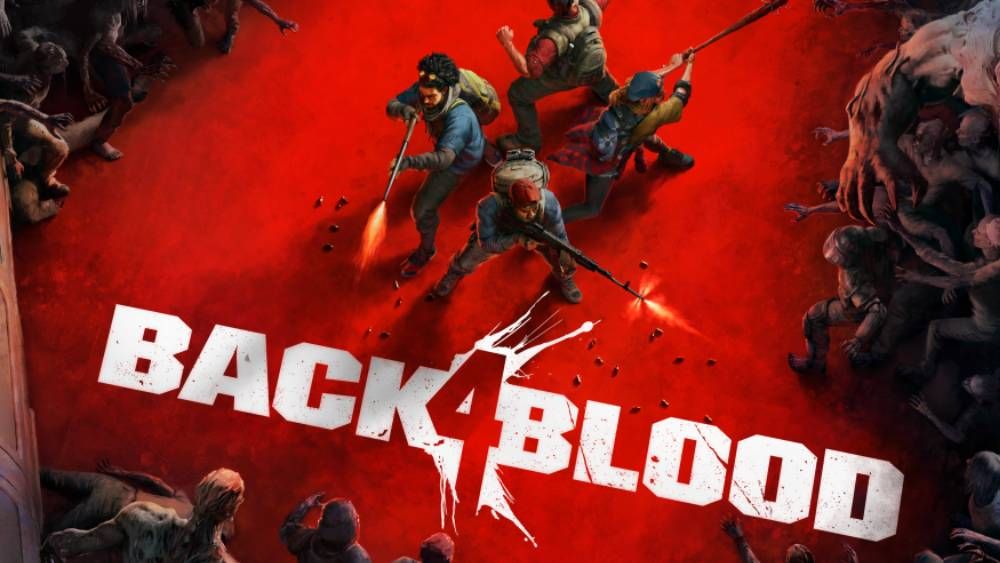 Back 4 Blood is a cooperative first-person shooter from the creators of the critically-acclaimed Left 4 Dead franchise. The game will see you fending off hordes of undead with up to three friends or AI-controlled teammates, and will be available on both PS5 and Xbox Series X, as well as last-gen consoles and PC.

The game was supposed to launch on June 22, 2021, but has been pushed back until October. Here’s everything you need to know about the upcoming shooter from Turtle Rock Studios.

Back 4 Blood: cut to the chase

Back 4 Blood release date and price

Want to watch all the Back 4 Blood trailers in one place? We’ve rounded up all the videos of the game in action for your viewing pleasure below.

Back 4 Blood – Card System Trailer
Deal, slay, earn and replay: Back 4 Blood has an innovative new card system that players can look forward to. Check out the trailer below which explains the game’s card system in detail, and how it affects each playthrough.

Back 4 Blood Gameplay Showcase
Turtle Rock Studios gameplay was first shown on December 17, 2020. In the trailer below, you can watch the livestream which includes developer commentary and how the game plays.

Back 4 Blood – Reveal trailer
Everyone loves a good cinematic teaser trailer. Check out Back 4 Blood’s which was shown on December 11, 2020.

Back 4 Blood – Gameplay demo
This short gameplay demo of Back 4 Blood gives you a glimpse of the type of zombie-filled mayhem that awaits players when the game releases in October.

Back 4 Blood gameplay and story

Back 4 Blood puts you in the shoes of one of eight customizable ‘Cleaners’, a group of grizzled veterans who have banded together to fight against the catastrophic outbreak that has either killed off or infected most of humanity.

You’ll need to fight against parasite-infected freaks known as the Ridden, who come in various shapes and sizes that will require different strategies to overcome. The game can be played solo or with up to three friends online or with AI-controlled teammates, and includes a co-op story campaign.

Back 4 Blood also features a 4v4 PvP mode where you can play as a Cleaner or Ridden. Both sides come with unique weapons and abilities, which should make for some interesting gameplay encounters.

Developer Turtle Rock Studios also claim that Back 4 Blood features “extreme replayability”, as no playthrough is the same due to the changing environments, hazards and enemy type placements. The game’s dynamic ‘Game Director’ ensures that there will be lots of variety, and tougher legions of Ridden to deal with as you play.

The game’s rogue-lite Card System will also create new experiences as you play: you can jump right in with a pre-made deck, or dive into Back 4 Blood’s vast customization options.

Known as Cleaners, Back 4 Blood features eight customizable characters, all of whom have their own strengths and abilities. Let’s meet the eclectic crew who are tasked with getting rid of the Ridden.

Howard Robert Hoffman was probably more prepared than most for the apocalypse. An enthusiastic prepper and conspiracy theorist, Hoffman managed to survive as the world fell into chaos, but he’s now ready to put his skills into good use.

Elijah Walker is a former Army Ranger and a highly-skilled combatant as a result. Though he’s a man of few words, Walker’s commitment to the fight means he commands respect among his fellow Cleaners.

Known simply as ‘Doc’, this Cleaner sacrificed her social life for a career in medicine. It means she’s a hell of a doctor, even if her bedside manner leaves a little to be desired. What’s more, she’s more than capable with a weapon in her hand, which makes her the ideal teammate when facing the Ridden.

Mom has never shirked away from a challenge and took on newfound responsibility as the apocalypse hit. Outspoken and fiercely strong-willed, she’s out for revenge after losing her son.

The Apocalypse has never looked so good! #Back4Blood pic.twitter.com/o9Bz7NLF9iMay 21, 2021

Holly Forrester is extremely resilient and great at boosting the team’s morale. She’s known as the glue that keeps the Cleaners together, and seen as a bright light in the darkness of the apocalypse.

Evangelo is the youngest member of the Cleaners, but that doesn’t mean he can’t hold his own in a fight. While his nerves might show from being overly chatty, he’s eager to prove he’s got what it takes to be part of the team.

Karlee’s allegiance hasn’t always been clear, but the rise of the Ridden has helped her pick a side. Karlee is determined to help the remaining survivors, but is unlikely to be best friends with anyone any time soon.

A seasoned hunter, Jim also has a military background. It means he’s well-equipped to deal with the Ridden and hunt out any infestations. A trusted Cleaner, Jim is exactly the type of person you’d want on your side during the outbreak.

Now that you’ve met all our Cleaners, who will you be slaying as? #Back4Blood pic.twitter.com/OsW8KZLCkrMay 21, 2021

There will be eight types of Ridden to survive against in Back 4 Blood, each of which poses a unique threat to you and your squad. Here’s a roundup of the disfigured nasties you’ll need to dispose of in Back 4 Blood.

Snitcher
The Snitcher will let out a deafening screech when aggravated, which will cause a fresh horde of Ridden to appear. Shut it up before it screams, or you might regret it.

Tallboy
An intimidating sight, the Tallboy stalks its victims but can quickly close the gap by dashing forward at speed. If the Tallboy gets near enough, watch out for its massive club-like arm as it will try to pulverize you and your team. Aim at its weak spot, the shoulder, before it can take a swing.

Reeker
You’ll probably smell this stinker before you see it. The Reeker is a large but slow-moving enemy that explodes on death. Just make sure you keep your distance before it blows up, as the Reeker will blow players back and cover you in sticky pus.

Stinger
You’ll need to keep your wits about you when a Stinger appears. This Ridden can traverse many surfaces and tends to stick to the shadows. If it manages to pin you with its phlegm (gross), you’ll need to get a teammate to break you out or use a breakout card.

We’ll update this section as more Ridden are announced.

The showcase takes place on June 13 at 2pm PT / 10pm BST / 7am AEST and should give us another look at the survival game in action.

Will Back 4 Blood have cross-play?

Turtle Rock hasn’t confirmed whether cross-play will be included in Back 4 Blood, but the developer has reportedly confirmed cross-platform support on its official Discord (via GameWatcher).

Cross-play support would be a great addition to Back 4 Blood, as the player base wouldn’t be needlessly segregated by platforms and it would ensure that the game would always have a healthy amount of players.

When is the Back 4 Blood beta?

Turtle Rock has revealed that an open beta is on the way sometime this summer (between June and September), but hasn’t provided a date just yet. The game has previously undergone a closed alpha which ran from December 17 to December 21, 2020.