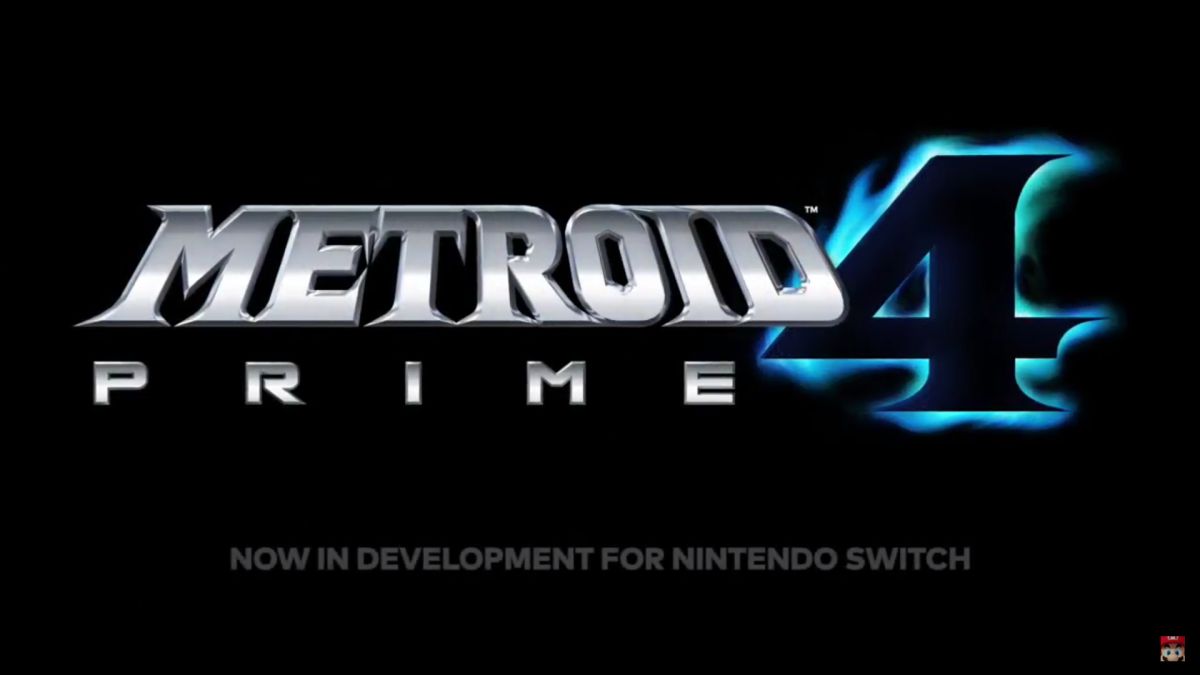 Could this finally be the day we learn more about Metroid Prime 4? The E3 2021 Nintendo Direct is scheduled to happen later today (June 15) at 5 PM BST / 9 AM PT / 12 PM ET and fans are hoping to learn more about the game they’ve been waiting to play for over a decade.

Metroid Prime 4 was first announced for the Nintendo Switch back in 2017 with just a logo, but that’s all we got. No release date, no developer information, no footage. In January 2019 it was announced that more Metroid Prime 4 news would be a while off, as Nintendo scrapped the project and decided to start again with the help of Retro Studios.

Coming two years after that restart, we feel like E3 2021 could bring us the answers we’ve been waiting for. Regardless of what is announced we’re excited to see Metroid Prime 4 on the Nintendo Switch (whenever that will be). So here’s everything we know about Metroid Prime 4 on Switch so far.

Cut to the chase

We weren’t quite sure when Metroid Prime 4 would release but now we know it definitely won’t be for a while as Nintendo announced in January 2019 that it had scrapped the project and started again with help from Retro Studios.

The best-case scenario would be a late 2021 release, but a 2022 or later date is much more likely to happen thanks to the studio change and likely delays caused by the Covid-19 pandemic.

Back at E3 2017, Nintendo released a first-look trailer for Metroid Prime 4.

Check it out below:

E3 2021 news?
The Nintendo Direct for E3 2021 is taking place on June 15 at 5 PM BST / 9 AM PT / 12 PM ET and while we don’t know for certain there’s a chance that Metroid Prime 4 may finally make a return for the stage. Be sure to check out our coverage of the event to be kept in the know if a Metroid announcement is made.

High-profile developers jump onboard
With Retro Studios now running development, Metroid Prime 4 has got some fresh, big name talent behind it, with the studio signing on some fresh talent. Jhony Ljungstedt, the former art director at studio DICE is joining the team, having previously worked on Battlefield 5, Medal of Honor (the 2010 reboot), and Mirror’s Edge: Catalyst. He’s being joined by Kyle Helfey (Halo character designer) and Stephen Dupree, who returns to Retro Studios having previously been the lead designer on Donkey Kong Country: Tropical Freeze.

Gamescom 2019
As expected, we didn’t hear anything more about Metroid Prime 4 at Gamescom 2019.

No appearance at E3 2019
Perhaps unsurprisingly given the recent changes to its development, Metroid Prime 4 did not make an appearance during Nintendo’s Direct at E3 2019.  At the moment it’s not entirely clear when we will hear about the game again, though Nintendo isn’t completely against hosting Direct presentations at short notice so we can only hope that we won’t be waiting until E3 2020.

These advertisements suggest that the game is still in the early stages of development so it could be some time before we get any more solid updates on its progress. If you’re a world-class developer and a fan of Metroid, though, this could be your big break!

Nintendo scrap Metroid Prime 4 and start again
In a shock announcement back in January 2019, Nintendo revealed in a development update video that it scrapped the current project as it wasn’t happy with the current progress. However, Nintendo still plans to reboot the project with help from original creators Retro Studios.

“This change will essentially mean restarting development from the beginning, so completion of the game will be delayed from our initial internal plan,” Nintendo’s senior managing executive officer Shinya Takahashi explains in the update video. “We strongly recognise that this delay will come as a dissapointment to the many fans who have been looking forward to the launch of Metroid Prime 4.”

You can watch the development update from Nintendo below:

The story
There’s so little Metroid Prime 4 information out there that piecing together the story is nigh impossible. What we will say is that Metroid Prime 3’s ending didn’t strike us as open enough for any kind of direct continuation. Though Samus’ went into hyperspace, giving the opportunity for a sequel to enter a new world or galaxy, we’d say the core story of the original trilogy is now closed.

Back in 2015, Eurogamer interviewed series producer, Kensuke Tanabe, who stated that “the stories of Dark Samus and Phazon are done” adding that any new games in the series would focus on other Prime-series elements.

Gameplay
One thing we can be fairly confident in is that, like other Prime games, Metroid Prime 4 is likely to be a first person shooter. Other than that we can’t say what kind of gameplay changes will arise from either the new developer, or the new Switch platform.

Coming in as a fresh start, there’s actually plenty of room for Metroid Prime 4 to innovate. Given The Legend of Zelda and Super Mario franchises have embraced more open worlds, we wonder if this is something that Nintendo will want to bring into the Prime series, too.

It’s like that, like other Switch games, there will be optional motion controls with the Joy-Cons – we’re imagining aiming, firing, an environment scanning, for example.

What we want to see

A more open world
As we said above, this is a new start for Metroid Prime which means room for changes. Though we’re worried it could be a case of ‘be careful what you wish for’ we’d be interested to see the Metroid Prime games follow in the footsteps of Zelda and Mario to embrace a more open-world format.

The first three titles were already pretty big, but the Switch offers more scope. We think the Super Mario Odyssey approach of large interconnected worlds could translate well. The Metroid series is replete with interesting environments we’d love the chance to see more of and the Switch is the console that has enough power to make that possible.

Be accessible
Just as a new start is a chance for innovation, it’s also a chance to welcome a new generation of Metroid fans. It’s the same with any series that goes on for a long time – there’s a certain amount of assumed knowledge and lore that makes coming in as a new player feel more like a chore than a joy.

We’d love to see Metroid Prime 4 take a Monster Hunter: World approach by retaining what makes it great while giving new players a way in.

New weapons and abilities
The Metroid series has some seriously cool weapons and abilities for Samus’s armor and we’d like to see more of them. By all means, bring back the classics but bringing a couple of exciting new upgrades to the table will make us feel like we’re truly progressing in the game as well as the franchise as a whole.

Make it feel like a true Switch game
With its motion controls and HD Rumble, the Switch has more than its portability to help its games stand out. We’d love to see Metroid Prime 4 make the most of them, though perhaps more of the HD Rumble and less of the motion control.

Motion control could create some fun and interesting shooting and environment scanning opportunities, but integrating HD Rumble into puzzle solving or integrating it into combat situations to act as an enemy alert would be interesting.

Bring in Sylux
Back in 2015, producer Kensuke Tanabe said that the ship at the end of Metroid Prime 3 actually contained Sylux, a Hunter from Metroid Prime: Hunters.

Tanabe said that he’d like to create a Metroid game which featured both Sylux and Samus and explored their dynamic, something which we’d also like to see happen; the characters have an unexplored and potentially interesting history. It’s known that Sylux isn’t the biggest fan for Samus or the Federation, yet he uses a Federation weapon. That alone has us thinking he’d make an engaging villain for a new title.

Japanese Breakfast’s Sable Soundtrack Is Available Now
Knockout City Season 3: H@CKeD Introduces the New Brawl Pass and a Fresh Map in an Abandoned Jailyard
Share of the Week: Travel
Hot Wheels Unleashed Review – You Don’t Need to be A Die-Hard For These Die-Casts (PS5)
Play firefighters for hire in frantic multiplayer Embr, out tomorrow