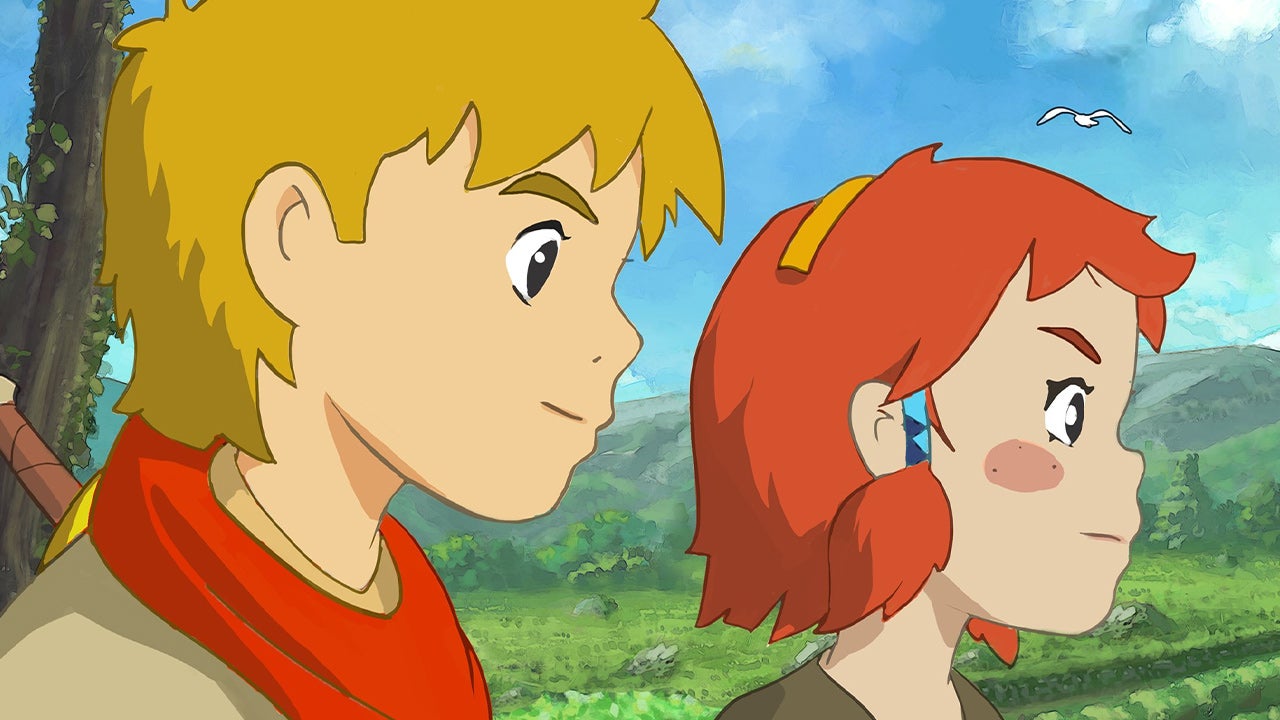 It’s rare to see Studio Ghibli’s iconic and instantly recognizable anime art style take shape in a video game, but developer NAPS Team’s isometric action-adventure RPG, Baldo: The Guardian Owls, claims both Ghibli and The Legend of Zelda as its primary inspirations. Those are lofty ambitions, but Baldo rarely instills the same depth into its story or characters, and very little of it feels good to play. In fact, experiencing upwards of 50 hours of wildly inconsistent dungeon-crawling and puzzle-solving to reach its meager ending is more like wading knee-deep in a swamp than strolling through a park.

The premise of a young boy attempting to save a world in danger is simple but effective for what’s intended as a light-hearted story. This is a pretty standard Legend of Zelda-esque plot, and there’s really no unique spin here. You’ll spend a lot of time solving dungeons, exploring an overworld, doing quests, and then backtracking every time you receive a nifty new piece of path-opening equipment like the Owl Bomb or the Sacred Fire.

The main problem – at least when you’re getting started – is the lack of direction. Beyond the very first screen that shows you some basic tooltips for your controls, there is absolutely no tutorial. Many of the major mechanics, including the one that lets you shake yourself loose from spider webs, are not explained whatsoever. It doesn’t help that the rest of the interface is equally egregious, often making basic tasks like checking your inventory or your quest list much more arduous than it should be.

It’s almost like Baldo is passive-aggressively daring you to stop playing it altogether.

In Baldo, bugs are hidden around every corner – and not just the kind you squash with your sword. Expect to commonly run into everything from NPCs not giving you correct items upon finishing their quests (essentially stranding you in a location until you revert your save and try again) to near-constant crashes to the dashboard and other glitches that make exploring simply far less pleasant than it should be. It’s almost like Baldo is passive-aggressively daring you to stop playing it altogether, pulling and poking you and trying your patience to see what it can get away with before you uninstall it for good.

It’s immediately clear from the first few moments in the first dungeon, the claustrophobic Lost Galleon, that Baldo is in rough shape. Everything from this initial dungeon crawl to the labyrinthine overworld to the painfully nondescript world map is a chore to make sense of. Aside from some vague dialogue or hints from the Rodia Town library, or the help of the eerily chipper Minisio the Map Merchant, you’re rarely offered guidance at all.

It’s immediately clear from the first few moments that Baldo is in rough shape.

Later dungeons, like the endlessly frustrating Savoca Prison and the hyper-tedious Bobo Pit, are no better – they often find creative ways to waste your time and send you back to the “game over” screen rather than tug you onward. Aside from torch sconces and pressure plates, there’s very little consistent vocabulary across Baldo’s world to prompt you toward a point of interest, often making it easy to completely miss key items and events that are necessary to progress. It’s almost like every room is playing by its own completely unique set of rules.

Many puzzles require you to carry fragile statuettes or push blocks across long distances while navigating traps. Compounding the tedium is the fact that you move as slowly as molasses while doing any of this. It’s all well and good when it all comes together at the end, but it’s excruciating to get there – if you get there at all.

Frustrations abound as you navigate a dungeon. It’s far too easy to simply fall off of a ledge or dodge-roll in the wrong direction because there’s absolutely no feedback to help you guide Baldo around. Making matters worse, most of your important actions, like swinging your sword, talking to NPCs, and picking things up and throwing them are all mapped to the same two buttons on your controller, making it easy to accidentally talk to a companion when you really meant to attack an enemy.

Baldo would be a tough challenge if the combat were up to it, but this is no Dark Souls.

Baldo himself is also terribly fragile for most of the story – you start with only three hearts, and you don’t have too many opportunities to get more until you eventually trek up to the visually gorgeous but inconveniently remote Owl Village during the middle third of the campaign. During all of that time most enemies and traps deal a ridiculous two or three full hearts worth of damage, leaving little room for error. That’d be a tough challenge if the combat were up to it, but this is no Dark Souls: it’s practically impossible to gauge when to dodge or block an incoming attack. The man-eating plants and giant spiders who can sit in the air and snipe you from a distance are especially unfair and obnoxious.

It’s not impossible to learn how to navigate around Baldo’s clunky controls, but don’t be surprised if you see literally hundreds of “game over” screens before you’ve even taken your first steps out of the humble Kidoge Village or reached the main hub city of Rodia Town. This is because it takes a long time to get good at surviving fights with even the simplest lizardmen you encounter in the early starting zones, who are unreasonably good at killing you and seem to have a limitless ability to evade your attacks.

At least you can eventually build yourself up with powerful items like the Takame Shield, the Owl Mask, and the Owl Bomb, which further empower you to then explore this vast, exquisitely crafted world with ease. But even as your power grows, Baldo’s combat remains needlessly unfair, even when reasonably powered up. You are always at a disadvantage against some of the tougher foes like the Robowl or the Kangmi, both of which are relentlessly powerful and only rarely expose their weak points. But hey, at least you can use the map’s poorly-laid geometry to glitch these monsters into oblivion. Even then, you’ll still be wading through an ocean of game-breaking bugs, abysmal controls, unsatisfying boss encounters, and hundreds or thousands of soul-crushing “game over” screens before you even scratch the surface.

The biggest issue with Baldo’s visuals is the fixed camera.

Baldo’s simplistic and cute art style is more than appropriate for an isometric action-adventure game that’s clearly designed to fit in on Apple Arcade as well as consoles. But there’s something of a massive divide between its world art, which looks stunning in settings like the Marui Desert, Rodia Town at night, and the Owl Village to name a few locations, and the character and item designs. Those are far less sophisticated and often seem like children’s sketchbook drawings come to life rather than characters and monsters out of a Ghibli movie.

But the biggest issue with its visuals is the fixed camera, which often obscures important information and details about the world as you move through it. It’s very possible to simply not see something that you absolutely need in order to get through the quest, and it’s infuriating when an enemy can see you and snipe you from off-screen before you’re even aware it was there.

Speaking of being aware of your surroundings, Baldo may feature some of the worst game audio around. Each sound is ear-piercingly loud when the volume is set for the music to be at an appropriate level and is often played on repeat without end, like the annoying chain sound when you’re walking around in a dungeon. Making matters worse, some enemy types are entirely silent until you engage them directly, giving you no warning that they’re coming, while others make an indescribably annoying grunting sound. Baldo himself makes an obnoxious whining noise whenever he takes damage or blocks an attack, and it’s awful that there is absolutely no volume toggle to mute or turn down these sounds or make them blend better with the soundtrack.

That’s infuriating because Baldo’s soundtrack is one of its best features. Nothing is particularly unique about it – you can hear motifs reminiscent of Final Fantasy 7’s Bombing Mission theme in the Pansa Hills, and I was reminded of One-Winged Angel in Odessa’s herb shop – but besides some bad mixing at points, it’s euphoric enough to inspire a lust for adventure. Which is to say that it does the job just fine.