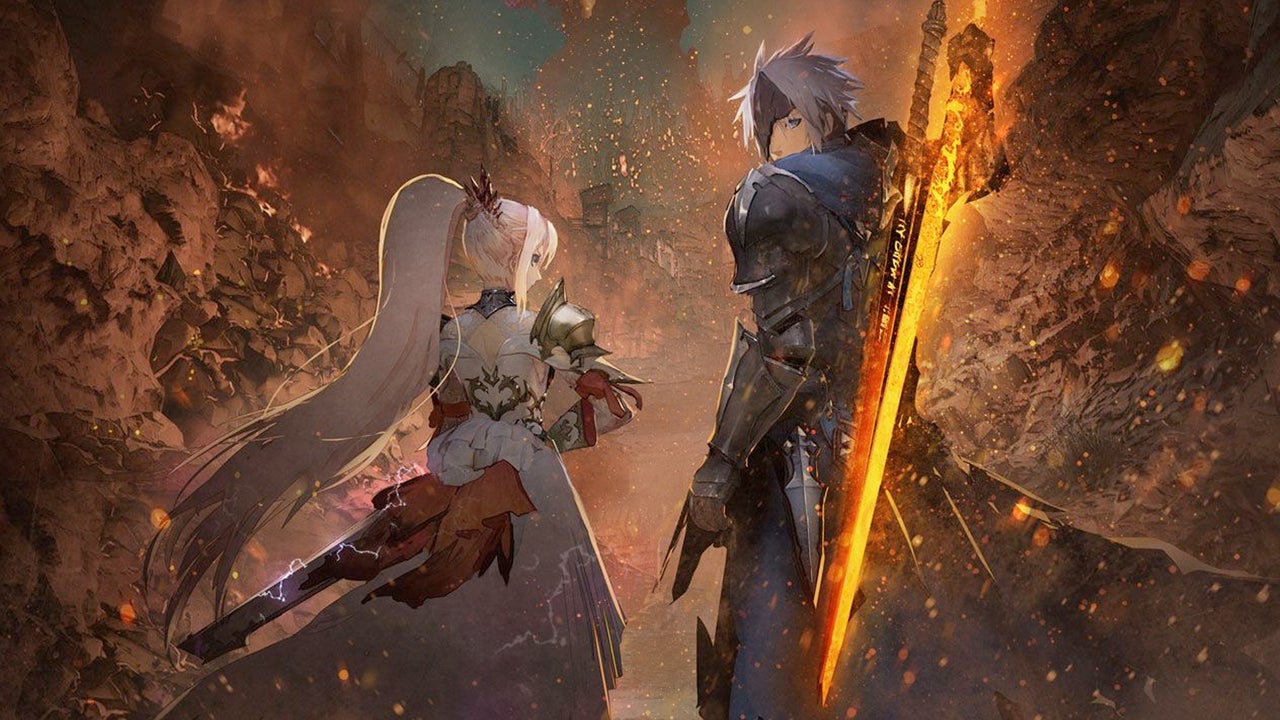 I’ve got a long history with the Tales series. I was absolutely obsessed with Tales of Symphonia back on the GameCube, beating it at least four times, and I’ve been chasing that special kind of JRPG love for years – mostly without success. I’ve played Abyss, Graces, Hearts, and the acclaimed Vesperia, but they all felt like too much of a retread. Even Berseria, which felt like a good refresh for the series, didn’t do much for me. But Tales of Arise has finally rekindled that flame, feeling both like a brand-new game with an outstanding story and excellent combat while also making good use of the best ideas that have kept the series going for this long.

The Tales series is known for how well its stories are told, and Arise is no exception. In fact, Arise is now my favorite in the series, exceeding Symphonia. It centers around Alphen, a slave with a mysterious past who cannot feel pain. He is charming and helpful, going out of his way to assist anyone in need and acting as a protector of his fellow slaves. He shares the lead role with Shionne, a member of the slaver race who cannot be physically touched without cursed magic thorns erupting from her body. Watching their relationship grow from contentious but necessary to actually becoming friends is one of my favorite parts of any game in 2021.

The other characters also learn and grow, which felt good to witness. There are not just worldwide stakes but interpersonal ones as well; everyone has their damages and they must learn how to cope and deal with them. Without spoiling anything, the story touches on the horrors of war and slavery, the long-lasting affects of colonization on indigenous peoples, the realization of one’s own privilege and how it relates to others and the less fortunate, one’s purpose in a damaged world and what they can do to help, and more. But that’s not to say everything is dour – there are plenty of moments that made me laugh out loud or smile because of how charming the well-rounded and flawed characters can be, and they’re made even better by a stellar voice cast.

What We Said About Tales of Berseria

Tales of Berseria is a surprisingly strong showing for this long-running series. Its tragic story of broken people fighting on the wrong side of history makes it utterly compelling, and its well-tuned combat more than makes up for its lack of interesting environments. Simply put, this is a tale too heartbreaking to miss, or to forget. – Meghan Sullivan, January 23, 2017

The painted, almost watercolor look really makes Arise stand out from previous entries and the art direction makes everything easy to understand. The world is massive, too, and exploring all of its regions takes around 50 hours.

If I had to find one thing to complain about, it’s the small but frequent localization issues. For instance, sometimes the lip synching is off – I couldn’t tell if it was a timing thing or they just never animated the characters to sync with the English voice acting. I also caught the occasional typo in the subtitles, or noticed a character would say a word that was not what was written in the subtitle. But other than that, Arise seems very well polished.

Movement and attacks feel like a combination of traditional Tales combat and a character-action game like Devil May Cry or Bayonetta.

One area where it really shines is in how much better combat feels than in previous Tales games. While Arise maintains the familiar circular arena, actual movement and attacks feel more fluid than before, more like a combination of traditional Tales combat and a character-action game like Devil May Cry or Bayonetta. For instance, the perfect dodge mechanic gives you a second of slow-motion after an enemy’s attack and teleports you into range for a counterattack. The classical and rock-inspired music during fights goes along well with this, making it all feel exciting.

Arise continues to use the free camera that debuted in Berseria, which makes the use of Artes, or special moves, much easier to aim in the midst of a fight. Using Artes and perfect dodges will build a meter that puts your character in an overdrive state that gives you a costless use of Artes and access to a Mystic Arte, a kind of finishing move. On top of that, Alphen has a risk-reward mechanic of expending his health in order to strengthen his attacks.

Another of Arise’s clever new additions is that all six characters come with a special skill mapped to the D-pad that is used to counteract anything an enemy can do. For instance, Rinwell the mage has an interruption ability that not only stops an enemy from casting a spell but steals it, allowing Rinwell to cast it during that fight. Or, if you run into a shielded enemy, Law’s ability can break through that shield, opening the enemy up for damage. And while you can only have four of the six characters in battle at a time, you can still use all six of their skills at any time. (You can also open up the menu during battle and switch out any character you’d like, or even change out what Arte a character has equipped, so letting us use all of their abilities at once just saves us the hassle of manually switching them out.)

There were many moments where I said, “Cool!” out loud, to no one but my dog.

This combat sundae is already expansive and wonderful to engage with (there were many moments where I said, “Cool!” out loud, to no one but my dog) and they’ve topped it with the cherry of flashy combo moves between two characters which looks more like something out of Guilty Gear Xrd instead of an RPG. There are so many extravagant effects and flourishes that I worried at first that it would be easy to get lost in the chaos of it all, but it remains so readable that I never once lost track of what I was doing or where my character was. It’s very friendly to learn, too – whenever one of these new mechanics pops out, a tutorial comes along with it to get you more familiar with it while adding an entry into the menu in case you, like I did, forget how to pull something off. (This kind of thing isn’t all that uncommon in modern games but I always appreciate it.) Further along, an arena becomes available where you can tackle solo and group challenges, which helped me understand the flow of combat even better.

After grasping the new combat system, the ultimate test of skill comes in the form of two things: big monsters that you can find in the open world, and boss battles. Usually coming at the end of each area, bosses typically have a wider combat arena than normal and area-of-effect skills that can take out your whole party if you’re not careful. While these fights might take more effort, they never overstay their welcome or feel unfair. Every boss fight feels like a culmination of the area it takes place in, from making good use of the new abilities you’ve learned there to expanding how the enemies you’ve fought there use their attacks.

Even when you’re not actively fighting, everything you do feeds back into the combat. There’s a crafting system for making better weapons with materials found from ore around the map and from items dropped by enemies. There’s a cooking system that gives various bonuses from attack to defense and even buffs for finding better materials. There are cute little owls scattered about that give you costume customization pieces, which in itself does not give you any sort of combat bonuses, but collecting enough will unlock other useful things to use in combat. And that’s not even mentioning walking off the beaten path to find items and rare monsters that drop even better loot. I never once felt like anything I did was wasting my time; in fact, I intend to go back for more so that I can play at a more leisurely pace and soak in everything I want.

Though exploring the world is fun to do, Arise does have an expansive fast-travel system that takes a lot of the slog of backtracking out of the equation. It’s just one of the many quality-of-life improvements over previous Tales games that kept the pace of the story and action going over the entire 50 hours.