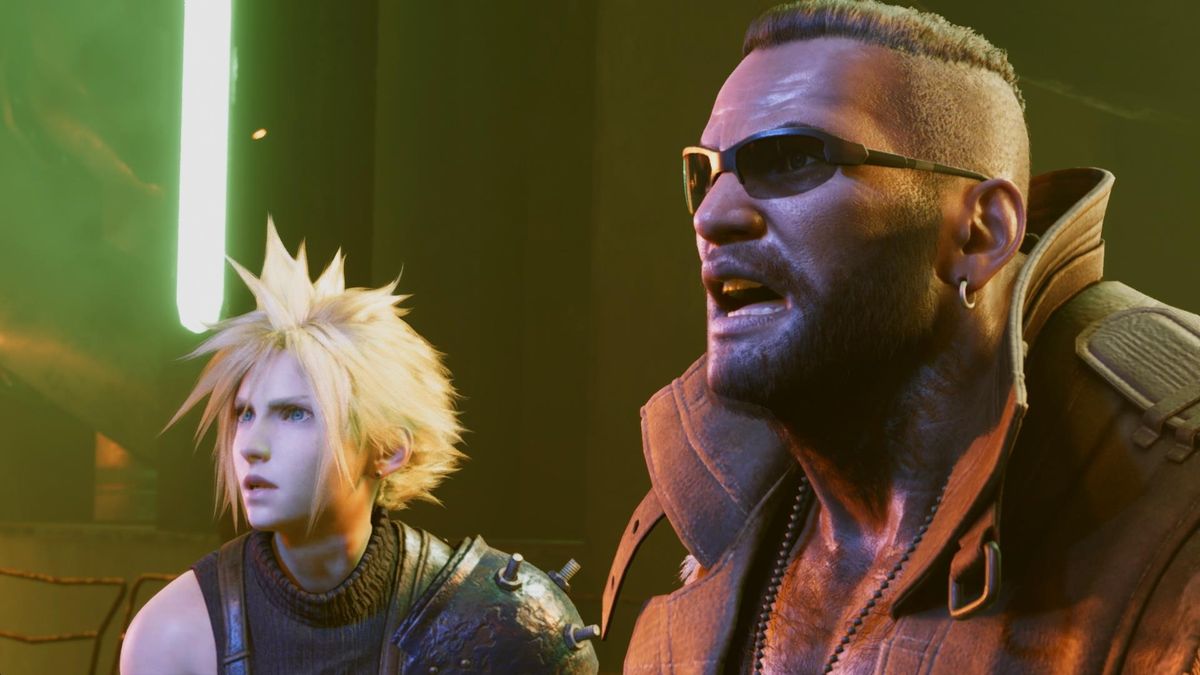 Final Fantasy is, for many gamers, a series that needs no introduction. The games span more console generations than you can count on one hand, and it’s easily one of the most prolific and highly regarded series in all of gaming.

With the next game in the series, Final Fantasy 16, well into development, there’s never been a better time to check out this legendary franchise.

But what if you’re just looking to get into the series for the first time? There are so many Final Fantasy games and spin-offs that it can be genuinely difficult knowing where to start, and beginning with the very first game in the series isn’t necessarily the right answer, depending on what kind of experience you’re looking for.

To make things easier if you’re a newcomer, then, we’ve put together a list of what we believe to be the most ideal entry points to the series. The following games are not only representative of the console generation they debuted on, they’re also fantastic games in their own right, and absolutely shouldn’t be missed if you’re looking to get into Final Fantasy.

While Final Fantasy 3 debuted on the NES, it did so only in Japan. A true Western port hadn’t been made available until very recently. There was a fully-fledged remake on the DS, but that’s really its own beast, with extra narrative elements and 3D graphics. If you want a classic experience, then the Final Fantasy 3 Pixel Remaster is the way to go.

Available on Steam, iOS, and Android devices, the Pixel Remaster of this classic freshens up the game’s visuals, while keeping everything else (mostly) intact. Some quality-of-life elements help to elevate the experience, too, such as an on-screen map and a completion tracker for treasure chests.

So why Final Fantasy 3 in particular? Simply, it was the best Final Fantasy of the NES era and introduced the now iconic Job system which let you swap your party members’ class and ability set on the fly. This means you have tons of freedom to experiment with character builds, without feeling locked into any one class, nor without losing progress on the one you’ve already leveled up.

While a Pixel Remaster for Final Fantasy 6 is on the way, the original SNES release has barely aged a day. Featuring utterly stunning pixel graphics, a tremendously well-written story and tons of loveable characters, Final Fantasy 6 is simply one of the best RPGs ever made, period.

FF6 eschews the aforementioned Job system in favor of fixed classes that better suit each character and their personality. This also means that they all have unique elements that help them to stand out, becoming far more memorable than the blank slates of Final Fantasy 3. It was also the first game in the series to feature a female lead in Terra Branford.

And of course, Final Fantasy 6 wouldn’t be nearly as memorable if it wasn’t for its villain-in-chief, Kefka Palazzo, a literal clown whose madness and insane power elevate him to becoming one of the most iconic antagonists in the entire series.

If you’re interested in playing Final Fantasy 6 (and really, why wouldn’t you be), we’d strongly recommend waiting for the Pixel Remaster version. The currently most readily available version, on mobile devices, is far from ideal, giving the game’s characters a cartoonish look that doesn’t fit the grittier tone.

While Final Fantasy 7 is definitely the most prolific game from the PS1 era, a strong case can be made for Final Fantasy 9 just being the better game. It’s visually striking, even for a game that came out on Sony’s 32-bit machine.

FF9 drops the hard science-fiction angle of 7 and 8, trading it for something more fantastical, and thus more akin of Final Fantasies of old. What it gains is a bunch of loveable and varied characters, but you shouldn’t let that fool you. The tale Final Fantasy 9 tells is one of the more mature ones in the series, and despite the cutesy aesthetic, certainly isn’t afraid to get dark when the narrative calls for it.

Playing Final Fantasy 9 today couldn’t be easier. The game is readily available to download on all platforms including PC, PS5, PS4, Xbox Series X/S, Xbox One and Nintendo Switch.

Simply one of the best games on the PS2, Final Fantasy 10 was arguably among the best looking titles ever at the time of release. FF10 featured a more linear, character-driven story than its predecessors, but mixed it with a turn-based battle system so polished you could see your face in it.

FF10 mixed things up even further with its unique Sphere Grid system, which eschewed traditional leveling up for a giant board where you could assign stats and perks to each individual character. It’s a quirky approach to stat building, certainly, but one that’s superbly fun in its novelty.

Final Fantasy 10 also featured the controversial Blitzball mini-game, which could be fiendishly immersive if you let yourself learn its intricate mechanics. The modern day equivalent would likely be Gwent from The Witcher 3: Wild Hunt, in that Blitzball was almost large enough to be a game in its own right, completely distracting the player from the main story if they so desired.

Much like Final Fantasy 9, 10 is readily available on all platforms thanks to the Final Fantasy 10 / 10-2 HD Remaster, which packs FF10 and its oddball sequel into one affordable package. This version also greatly improves some aspects of 10, including adding an entirely new Sphere Grid to experiment with.

If you’re after a game you can play in the long term, then look no further than Final Fantasy 14 Online. The game got off to an extremely rocky start when it launched in 2010, but since 2013’s A Realm Reborn relaunch, the popular MMO (massively multiplayer online game) has continued to ascend to new heights.

FF14’s most recent expansion, Shadowbringers, blew players away upon release with its heartfelt story alongside a litany of new gameplay improvements and stunning areas to explore. The upcoming fourth expansion, Endwalker, looks like it will do the same when it launches on November 23, 2021.

Final Fantasy 14 excels in so many areas. It’s a love letter to the wider series, with countless references and story beats calling back to even the oldest games in the series. It’s got, quite frankly, one of the greatest soundtracks of all time courtesy of Masayoshi Soken, featuring everything from whimsical melodies to rip-roaring, rock-infused battle themes.

As an MMO, there’s a bit more of a learning curve when it comes to learning how FF14 ticks. Its cooldown-based real-time combat and control methods aren’t quite like the games that came before it. But if you’re willing to learn the intricacies of how FF14 works, you’re in for one of the finest online experiences on the market, with an incredibly friendly community to boot.

The best part? Final Fantasy 14 is extremely accessible. If you’ve never played before, Final Fantasy 14 offers a free trial that includes the entirety of A Realm Reborn alongside the award-winning Heavensward expansion, allowing for play up to level 60 with no restrictions on playtime.

And there’s no worry about locking yourself behind any one class, either. Featuring the series’ iconic Job system, you’re free to play all classes on a single character, though do note that some are locked until you purchase each expansion.

One of the latest and greatest Final Fantasies ever made, it may be controversial to say Final Fantasy 7 Remake blows the original out of the water, but it’s true. And while we love the FF7’s PS1 roots, its remake takes one of the series’ most incredible settings and gives it the gorgeous overhaul it deserves.

The road to Final Fantasy 7 Remake wasn’t an easy one, and the game has an infamously troubled development history, originally being slated for a PS3 release. However, Square Enix made the right call in releasing FF7R only when it was ready, as the end result is nothing short of phenomenal.

Midgar and its characters look utterly stunning in 4K, and the game either recreates or reimagines iconic scenes both respectfully and often unpredictably. The level of care that went into this project is simply mesmerizing, from the enhanced Materia system and fast-paced tactics of the battle system, to the fantastic remixed soundtracks and recognizable locales.

While Final Fantasy 7 Remake is just the first of many parts (encompassing most of the original game’s Disc 1), it takes that relatively small first part of the original and fleshes it out into its own thing. The Intergrade DLC on PS5 expands it even more, adding Yuffie as a playable character with her own campaign to play through.

Final Fantasy 7 Remake is what all remakes should aspire to be. It successfully breathes new life into an aged favorite, but it goes so much further than that with extra story beats, a revamped combat system, phenomenal writing and more. While you may want to play the original before you check out Remake, it’s certainly not necessary, as the game shines as a standalone product, too.

The following titles aren’t necessarily the best to get into Final Fantasy with, but act as great complements to the main series if you’re jumping in for the long haul. Unfortunately, not all of these games are readily available, but all worth tracking down in their own right.

Chocobo Racing (PS1)
For something more light-hearted, Final Fantasy’s answer to Mario Kart might be worth looking into. It’s certainly not as polished as Nintendo’s stalwart racer, but a decent enough spin-off that cleverly integrates some of FF’s sillier characters into a madcap kart racing game.

Dissidia 012 (PSP)
The true Final Fantasy fan’s spin-off, Dissidia 012 is a 3D fighter that pulls in characters from all across the series to do battle with and against each other. Protagonists like Cloud Strife and Lightning are playable, alongside party members like Tifa Lockhart and Yuna.