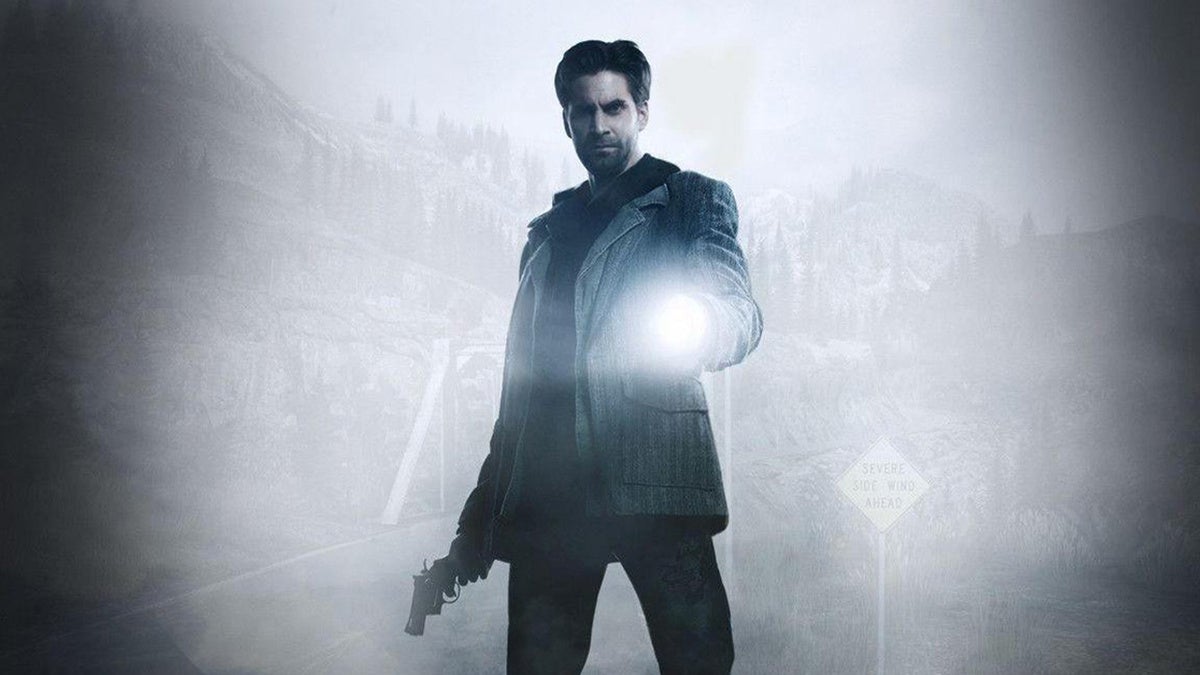 Like a flashlight flickering to life from a freshly inserted set of Energizers, Alan Wake Remastered takes the 11-year-old survival horror shooter and presents it in its most radiant form. Yet while the details in its moody environments are now far easier to make out, its gameplay shortcomings are presented in equally stark relief. Alan Wake Remastered’s twisted brand of psychological torture by torchlight still makes for a supremely tense trip through the woods, but as a shooter it’s stuck in the past compared to more modern games – including developer Remedy’s own Control.

If you missed it the first time around, Alan Wake Remastered’s story remains a novel one in every sense of the word. When crime fiction author Wake’s wife goes missing in a small town, the only clues to her whereabouts are the loose excerpts from a book he has no memory of writing. The details described in this breadcrumb trail of manuscript pages manifest themselves into the subsequent events, making for a consistently enthralling journey down a descent into madness in which Wake is armed only with a small arsenal of guns and a battery-powered torch to keep the darkness-cloaked townsfolk at bay. It’s a pulpy, Stephen King-style thriller viewed through the dreamlike lens of David Lynch, and it’s every bit as gripping and surreal as that pairing of influences would suggest.

What We Said About Alan Wake on Xbox 360

Remedy has built a world that, despite being a fantastical realm of twisting shadows and realities, is solidly anchored in authenticity. Outstanding environmental design and some brilliant visuals and sound make Bright Falls and its mountainous surroundings look and feel alive. Though the camera can cause issues and the supernatural story that’s more interested in asking questions than answering them, it’s a tough game to put down once you’ve started. Remedy’s done a great job of mixing elements of written work, television, and videogames to create an experience full of scares, laughs, and thrills that’s just as fun to play as it is to watch. – Charles Onyett, May 5, 2010

Make no mistake, this rerelease is very much a remaster as opposed to a full remake; its graphics may have been overhauled to an appreciable extent but gameplay remains unchanged. It looks pinsharp at 4K and runs at a fluid 60 frames per second on the PlayStation 5, and the slightly shoddy cutscenes from the 2010 original have been given a welcome new lick of paint. Even so, Alan Wake Remastered remains a fair way behind the big-budget visual standards that have become the norm in 2021. Perhaps to best illustrate this, after my first 10 minutes with the PS5 version I had to pause it and double check that I hadn’t downloaded the PS4 version by accident.

Still, the gloomy setting of Bright Falls has certainly never looked better, with jagged edges straightened out by anti-aliasing, textures more clearly defined right down to the woolen weave of Wake’s coat, and the neon signs in the local diner popping with a more realistically vibrant glow. Unfortunately, the character animations seemingly haven’t received similar attention in the remastering process, making their stiff movements seem as wooden as the western pines that surround the small town.

Otherwise, Alan Wake Remastered plays in the exact same way as the original did, and in some respects I admire the streamlined nature of the survival-horror shooting at its core. Ammo and batteries can certainly be scarce at times but for the most part there’s little need for any complicated inventory juggling, and there aren’t any crafting systems to fuss with or skill trees to flesh out like so many shooters released in recent years. Aside perhaps from the collectible coffee thermoses, nothing you pick up feels superfluous; every flare is precious for buying a bit of breathing room when you’re surrounded, and each hunting rifle bullet is best kept in your back pocket for when one of the more brutish Bright Falls locals attacks.

There aren’t any crafting systems to fuss with or skill trees to flesh out like so many shooters released in recent years.

Of course, the downside to such simplicity is that there’s not a great deal of depth. By the story’s midpoint you’ve had your hands on all the weapons you’re ever going to get access to, and each shadowy enemy ambush starts to feel largely indistinguishable from the next, causing Alan Wake Remastered’s second half to become increasingly mired in repetition. Remedy would later go on to, well, remedy this issue with the excellent Control in 2019, which evolved its combat over the course of its duration via a transforming gun and expanding set of superpowers, but that just makes Alan Wake’s one-note action seem even more antiquated in retrospect.

While I wouldn’t expect a huge shake up to the combat system in what is otherwise a purely superficial remaster, playing Alan Wake Remastered did make me wish for at least some light improvements to its interface. An on-screen stamina indicator for Wake’s sprint ability would have been a plus, since judging how far you can run without him fatiguing feels like total guesswork. Similarly, you’re not really given much indication of incoming attacks from offscreen. While the dodge button is extremely effective anytime you see an axe spinning towards you, I found myself routinely copping a shovel to the back of the head with no time to anticipate and react to the blow. Minor HUD changes such as these would have gone a long way towards mitigating the occasional frustration I felt this time around.

The episodic structure of Alan Wake was inspired by the popularity of binge-watching DVD box sets at the time of its development, and I know that for a fact since its writer and creative director Sam Lake mentions it in the brand-new commentary track included with this Remastered edition. Eleven years on from Alan Wake’s original release, comparatively fewer people binge DVDs in favour of consuming television via digital streaming services, and as a result, a majority of people aren’t really provided with the means to listen to commentary tracks anymore. But I, for one, miss the candid insight into the creative process a good commentary track can provide, and so I very much enjoyed Lake’s takes on Alan Wake with the benefit of hindsight and the experience of a couple more games under his team’s belt. Plus it just feels so appropriate to listen to the writer of a game monologue about a game about a perpetually monologuing writer.

Two bonus episodes that were originally paid DLC, The Signal and The Writer, are also included with Alan Wake Remastered, and they come complete with the same level of visual polish. Having skipped over them the first time around I was delighted to discover how they expand on the transforming-words-into-objects mechanic that is only briefly used at the end of the main campaign; however, having replayed the entire story and its two epilogue episodes I still have no real idea what the meaning is behind it all.

That artistic vision may remain intentionally ambiguous, but at least it’s no longer compromised, since the much-maligned product placement from the original version is now gone. Packets of Energizer batteries have been substituted by a generic off-brand replacement, and obtrusive Verizon commercials no longer play on in-game televisions – making for possibly the first time in history that Verizon dropping out in a remote part of America can actually be considered a good thing.

Outside of the new commentary track, the one bit of truly new content in this remaster is the QR codes that are hidden throughout the environment. They’re arguably just as conspicuous as the now-absent in-game ads, but at least they serve a useful purpose for fans: scanning them with your real-world phone takes you to some intriguing new videos that I won’t spoil here.