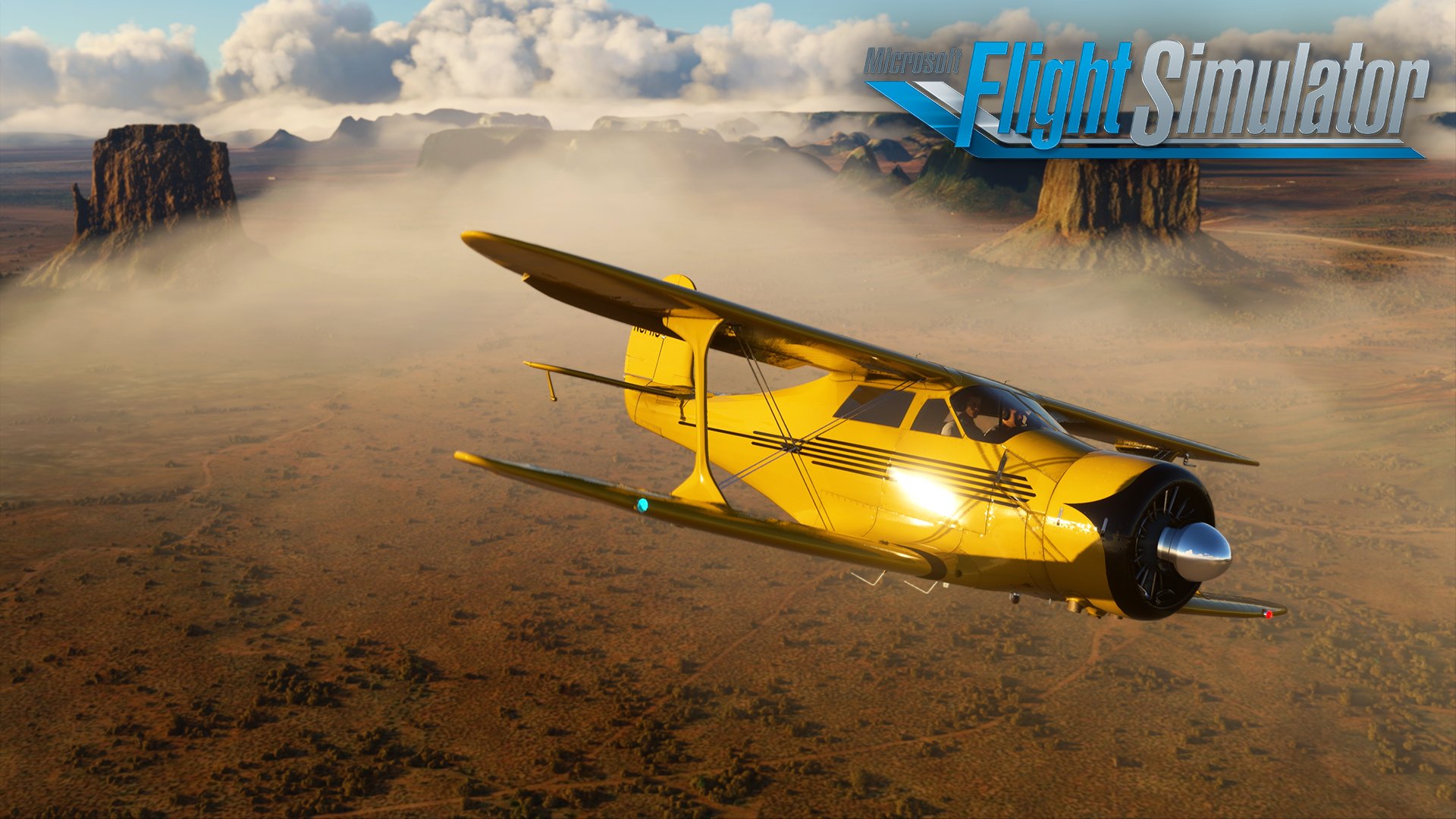 Microsoft Flight Simulator is excited to announce the release of the Beechcraft Model 17 Staggerwing, a celebrated classic of the Golden Era of Aviation that many consider to be in a class of its own. With its bold and elegant design, this biplane has earned praise through the decades as one of the most beautiful and prestigious aircraft ever created. Meticulously recreated by Carenado for Microsoft Flight Simulator, the Beechcraft Model 17 Staggerwing is the first aircraft in our new series called “Famous Flyers,” a line that commemorates aviation history’s most notable and iconic aircraft.

The Model 17 served business executives at first, but then met a variety of civilian aviation needs and military applications during World War II. It took its first flight on November 4, 1932, and a total of 785 were produced between 1933 and 1945. Its form departs from other biplane configurations in that the lower wing is forward of the upper for visibility and performance reasons, hence the name “Staggerwing.”

The Model 17 features a cockpit sleekly blended with the fuselage between its two wings, a standard undercarriage, and a traditional tail unit. It measures 26 feet, 10 inches in length, has a wingspan of 32 feet, and has seating for up to four, including the pilot. It is powered by a single Pratt & Whitney R-985-AN-1 9-cylinder Wasp Junior radial engine that produces up to 450 horsepower.

Beloved by pilots, the Beechcraft Model 17 is unique in looks and bold in performance. With power to spare, aviators can roar to new heights above the clouds, or take a leisurely cruise over the countryside.

The Beechcraft Model 17 Staggerwing features steam gauges in the authentic cockpit and is available in nine classic liveries that evoke memories of the Golden Era of Aviation, plus an Xbox, and Aviator’s Club version. Take this gorgeous aircraft on a flight today!

The Beechcraft Model 17 Staggerwing is available today on the Microsoft Flight Simulator in-sim marketplace for $14.99.

For the latest information on Microsoft Flight Simulator, stay tuned to @MSFSOfficial on Twitter.